The election of Worse and Worser continues. We now know Romney's VP pick, Paul Ryan. Wisconsin Congressman Paul Ryan managed to get the House Budget Committee chair, and has been on a quest to destroy Social Security and Medicare.

Ryan proudly is the author of the top 11 idiotic ideas to reduce the budget. He also tried to kill Medicare.

What a gift to Obama. Face it folks, we're now stuck with Obama for four more years. AARP alone will surely mount their legions to vote against the Galt/Gekko Replication ticket. Most people know election 2012 is the battle of the billionaires, we sure don't have a say. But now the choice has become astounding. We don't think even the Koch Brothers, with their propaganda armies can turn this tide around.

Iowa has joined the ranks of crazy, putting first in a straw poll someone out to destroy social security and medicare. This agenda would lead to the biggest increase in abject poverty the United States has ever seen. Meanwhile, Texas Governor Rick Perry is being touted as the new savior of the radical right, proof positive all economic theory comes from God.

This fundamentalist radical right is nothing new. The Tea party is simply the moral majority, wrapped in a new bow.

What is new is the bold faced economic fiction being spun right, left and center. It's like the idea that Creationism is equal to Evolution and the biological sciences has invaded the world of Economics, Mathematics and Statistics.

We are re-entering the dark ages. Down is up, left is right and if you float in water, you must be a witch. Most economists know in a severe recession increasing government spending to take up the slack in demand is a good thing to do. Yet, a group of crazies have kidnapped the national discourse and demanded public policy to cut government spending in a time of very weak economic demand. Once again, up is down and down is up. 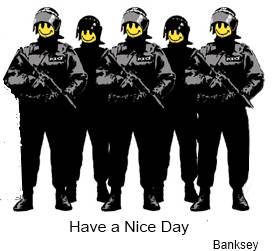 BoA, Wells Fargo, TARP Recipients, Forcing U.S. Workers to Train their Foreign Guest Worker Replacements Before Being Fired - 37253 reads
Leapin' LIBOR - Banks Busted For Manipulating InterBank Interest Rates - 72170 reads
OPIC Is Out Of Status - 124950 reads
Safeway Skewered for Throwing 6,000 Workers Under the Bus in Video Parody - 367054 reads
Hung Over on Debt - 9587 reads
House discusses 401k/IRA confiscation - 234602 reads
What can an economic recovery build upon? - 25789 reads
How Many Jobs Are Needed to Keep Up with Population Growth? - 261502 reads
VAT or Value Added Tax is Getting a Look in D.C. - 238911 reads
EXPLOITATION, INC.: David Rockefeller and Adventures in Global Finance - 69644 reads