Whole Foods - Made in China

Spending $8 bucks a pound for organic grapes? Think again. This video report shows Grocery chain Whole Foods so called organic foods are actually imported from China. Check out what happens with organic inspection and certification when food is imported.

You might recognize a pattern. There is systemic fraud inside a corporation. Someone tries to blow the whistle. Their reward? Fired, their income lost and reputation ruined. Such is the fate of those who tried to do anything regarding the massive subprime mortgage fraud, a major underlying cause of the financial crisis.

There hasn't been much in the way of justice for the average citizen for quite a while. Often, those accused of crimes cannot afford adequate representation and are subject to "let's make a deal justice." If you're unfortunate enough to be sued or party to a divorce proceeding, you soon learn that the court system is an entitlement program for attorneys, not a civilized means of settling disputes. (Image)

The last decade has been devastating for what many thought were inviolable fundamental rights. The Bush administration dismantled as much of the Constitution as time allowed including habeas corpus which prevents detention without a charge. Through a presidential directive, an even older legal tradition went by the way, the right to be indicted and tried before facing capital punishment. I am, of course, referring to President Obama's declared option to assassinate citizens of the United States identified as terrorists by anonymous bureaucrats.

The Scalia opinion in Wal-Mart Stores, Inc. v. Dukes seems like another brick in the wall that protects the powerful against the intrusions of civil rights and equal treatment sought by the rest of us. Brought in behalf of Wal-Mart's female employees, the suit sought compensation for 1.5 million women subjected to wage discrimination. 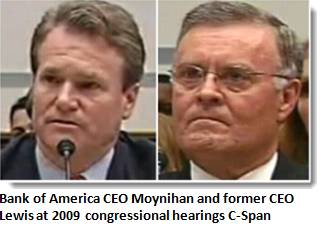 At the moment, things look bad for Bank of America but this too shall pass.

Yves Smith wrote a nice summary of the latest on ForeclosureGate . This includes just released information concerning HUD assistant regional inspector general William Nixon. Supposedly, he is after BofA for significantly hindering an investigation into wrongfully filed claims on failed mortgages, about $6 billion worth.

Smith reminds us that she saw the BofA purchase of Countrywide as a real loser. Her reference to a prescient column by Gretchen Morgenson from August 27, 2007 contains this gem: 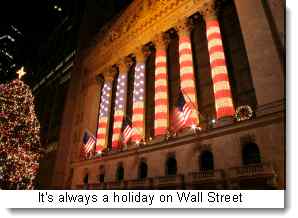 The Federal government is about to settle the ForeclosureGate affair, according to a report in the New York Times on April 9. The Times noted that twelve million homes will be lost by 2012. Home equity values are down by $5.6 trillion since the real estate crash.

The draft agreement released to American Banker shows another corporate-friendly deal designed to maintain the incumbent perpetrators at the expense of the people. (Image: zoonabar)

The proposed settlement culminates an effort by federal prosecutors to address strongly supported allegations of widespread mortgage fraud perpetrated on as many as sixty percent of current mortgage holders. Homeowners were sold mortgages, serviced for the loans, and, in some cases, subjected to foreclosure and eviction based on fictional contracts and collections practices that violate the most basic principles of contract law and specific federal code pertaining to fraudulent debt collection.