June 2009 trade statistics are out.

So, while the trade deficit increased, both imports and exports increased, just imports rose faster than exports. 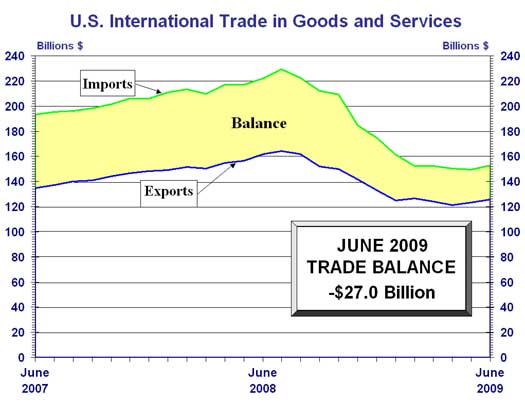 June to May changes:

I find the year to year interesting in that maybe due to the slowdown in global trade, while the U.S. exports are down 22.2% at least imports have decreased substantially more...

Since the U.S. trade deficit is an indicator of hemorrhaging jobs as well as reduced GDP, that to me is a encouraging sign. 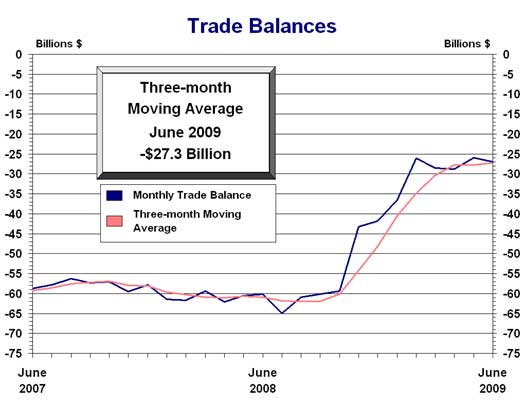 Expect GDP revisions though because the net deficit has increased.

Also, one of the reasons for the increase is increased oil prices and overall increase in prices.

First is the change significant? 2.4B out of 124B is something like 2%, 3.5B out out 149 very slightly more, and there seems to be more noise than that in the historical record. Now the decrease frm a year ago is clearly real, and that is definitely encouraging.

Second, where is the new increase going? Germany and France reported very slight increases in GDP that IIRC are export driven, but I think they trade primarily in the EU.

That is a very good question on percentages, which if you want to take it up to do some data analysis on the trade deficit over time, we'd love to read it.

I think the individual national trade data is on the site, I know I've read a breakdown of trade per nation somewhere.