My, my, my. Today we have a preview of President Obama's State of the Union address. What is most offensive is the claim this administration is trying to help the middle class.

We are being bombarded with these misleading headlines:

Right. So, guess what policy initiatives are in the speech? Tax cuts.

A doubling of the child care tax credit for families earning under $85,000; a $1.6 billion increase in federal funding for child care programs and a program to cap student loan payments at 10 percent of income above "a basic living allowance."

His initiatives also include expanding tax credits to match retirement savings and increasing aid for families taking care of elderly relatives. That program would also require many employers to provide the option of a workplace-based retirement savings plan.

Are these people shitting me? I'm sorry but we have massive unemployment. What a sorry ass excuse to help for the middle class. U.S. workers need jobs and they need good jobs now. Who cares about tax cuts! When your income is zero, what do tax cuts matter?

What should be in Obama's State of the Union Address?

I personally am sick to death of empty rhetoric. Get real government and stop these absurd bought and paid for useless agendas. We know why the U.S. middle class is dying. Do the policy changes to confront precisely those reasons. It seems policy is anything but the areas where Americans have lost jobs and that is due to bad trade deals, labor arbitrage, age discrimination, offshore outsourcing and the general treatment of the U.S. middle class as some sort of commodity, as if U.S. citizens are simply disposable diapers.

I saw the most horrific article in Bloomberg. It discusses the suicides in France due to worsening treatment of workers. What is horrific about the article is those practices sound like a wet dream in comparison to how the U.S. worker is treated! U.S. workers have been subject to such abuses for decades and much, much worse. Does the American press cover the number of deaths and suicides attributed to this economic war on the U.S. worker? No! About the only reference we have is a 5% GDP drop equates to a 10% mortality rate increase.

Yet, politicians will simply not stand up for the U.S. worker, not in a campaign contribution minute. Our government will not confront the very reasons Americans have lost so many jobs and economic prosperity. Trying to spin useless policy as for the middle class, does not make it so. It seems the entire country realizes this....except for the public relations/marketing teams operating in D.C. government. Oh yeah, another thing, stop outsourcing policy formulation to multinational corporations and special interests.

This is a superb and sad commentary. Obama is showing yet again he truly doesn't get it. This should not surprise anyone although some of us had some high hopes. As joblessness increases month after bloody month, this or extending unemployment benefits is all he can come up with for the average American worker? Looking at the Republicans we find nothing better. The US is imploding economically and the two party system gave us McCain and Obama as choices.

Something else I noticed on CNN today was an announcement of helping with the payment of student loans, which is a great thing! Obama wants to cap student loan payments at 10% of discretionary income and FORGIVE student loans after 10 ten years of public service or 20 years otherwise! Wow! Now that truly is a great deal.

Only problem with this new plan is, I'm already on it! Bush signed that into law more than a year ago, and it came into being in July. I have EXACTLY that deal for all my federal loans. It's called Income Based Repayment or IBR. Now, maybe, he means to include private loans and parent plus loans, which aren't included, but still, that's not a new idea.

I guess part of the middle class assistance program is taking credit for little known loan repayment plans that are already out there? Not a bad idea for someone who can't get his agenda through congress.

I think that the elephant in the room is the US military empire. 700+ military bases outside of the US, and us paying the tab for every single soldier and employee. Why not bring these people home and keep them on the payroll but have them do work like rebuilding neighborhoods and helping organize the huge jobs programs we need.

Also the wars in Afghanistan and Iraq are not cost effective for the lives they save. Every year 40k folks die in car accidents in the US, and 20k people die from lack of medical insurance. Spending a small fraction of what we spend on wars could cut these deaths in half without making a single enemy.

Spending even half of what the wars cost in a year could build enough windmills and solar farms to significantly cut our dependency on fossil fuels(and hostile oil suppliers), while creating millions of long lasting jobs and boosting an industry that is sure to be supremely important in the next few decades.

I agree with closing military bases around the world. I am tired of being the worlds policeman.

On the figure about deaths due to no health insurance. I like stats but I like stats that are provable. I don't buy into the saved jobs statistic either.

In the past two years I've had four people die from cancer. Two people had pancreatic cancer, one had liver cancer and one had small cell lung cancer. They all had insurance. If you know anything about pancreatic or small cell lung you will know that in the real world, all the insurance in the world isn't going to help. So even if they had no insurance they would, in all probability have died.

So of the un-insured how many were like my friends. People that would have died with or without insurance? It is an unknown number just as the real stat for the "died from no insurance" is unknown.

Now back to the military. The empire (USA) is out of money but Washington is in denial. What must we the people do to wake them up? I keep hearing this health insurance mantra as the magic elixir. Well it doesn't matter how low you get the insurance premium, if you have no JOB, that premium is going to be perceived as a big expense.

The intentional lying to us by politicians is the reason that the Independent political side is growing. These politicians look you in the eye and lie, they treat us as ignorant little children. We aren't buying that method anymore.

We see who was placed in the administration jobs. We know what they previously did, we know their associations, it is apparent. It is arrogant for a sitting President to try and pretend that people like Geithner are clean, we know Barnake previous attachment to the FRB. To me it is a slap in the face for the sitting President of the USA to think we can't see what is going on!

If they close those international military bases, they could either put money toward getting the USA out of debt or give it to the citizens. Citizens that could start a business or use it to end their own breath taking debt.

Long interview on raw story and who can disagree?

My favorite comment is we do not need Kucinich to run for Pres. we need about 40 Kucinich's in the Senate.

This is really true, although the House leadership has their own corporate/special interest agenda, it sure seems nothing that isn't explicitly written by a lobbyist can get through the Senate, not one little damn amendment.

Michael Hudson has laid out a basis for judging our Prevaricator In Chief's State Of The Union Address on Wednesday. It's in two parts, the first of which appeared today both at Counterpunch and Economic Perspectives. Here's the link:

Hudson is simply outstanding. I look forward to his second part tomorrow.

Mike Lukovich does it again.

A briefing on the President's SOTU Address. I sure didn't but K-Street lobbyists did:

A day after bashing lobbyists, President Barack Obama’s administration has invited K Street insiders to join private briefings on a range of topics addressed in Wednesday’s State of the Union.

The Treasury Department on Thursday morning invited selected individuals to “a series of conference calls with senior Obama administration officials to discuss key aspects of the State of the Union address.”

Yeap, that's the Treasury Department led by Tim Geithner but of course he probably doesn't know about the conference calls.

I was rereading Brand Obama's state-of-the-union speech and something finally sunk in which I'd overlooked before -- since it has been a frequent meme from the perpetrators over the past decades.

Brand Obama is asking us if we want to be number two to China? This from the individual who has surrounded himself (the vast majority of his administration's appointments) with cretins who have derived the majority of their fortunes from offshoring America.

Sorry, dude, but I'm woefully tired from being laid off from nth number of jobs and having any and all technology I've helped to create offshored along with my job.

And no, nobody in the unions or on welfare was responsible for the offshoring of my job (common neocon and neolib memes); it was all the rampant runaway psychopathic greed and power lust of the corporate elitests.

I'm sure there will be the requisite number of American consumers (not citizens, citizens are capable of thinking for themselves occasionally) who preach and prattle on about that crooked SCOTUS justice who shook his head at Brand Obama's remarks (ya know, one Wall Street lackey chiding the other Wall Street lackey, like it actually really matters and who gives an ice cube in hell about it anyway???), and ignores the real content of his speech -- which is why they sat by while this country was disassembled and sold off to enrich those debt-financed billionaires.

Sorry for my rant, but frustration has long set in.

this is something I think we really need to pound home. I've been pounding on it but the denial on trade, offshore outsourcing, insourcing (guest worker Visas etc.) affecting the U.S. workforce badly is one hell of a denial by even the econ blogs, never mind the press, MSM politicians...

they see various economic laws not adding up and just shrug their shoulders and attribute to BS...instead of looking at the very thing that every working person in the U.S. knows ....this is affecting U.S. jobs.

When China does a hostile tender offer for Wal-Mart.
It will hardly be noticed.
Frank T.

Wal-Mart may run for congress like Murray Hill, Inc. That's right a corporation is running for congress. Heck this is obvious next extension to giving a corporation personhood. Why not eliminate the "middle person"?

Michael Moore was the covert campaign manager for Sarah Palin, so yes he did run a potted plant, but it was for VP. 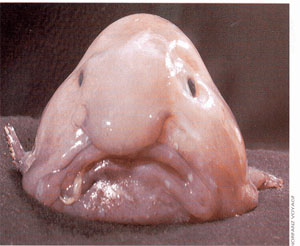 Under the Constitution, you must be a citizen and at least 25 years of age to run for the House, 30 for the Senate. How does a corporation establish citizenship? If it did, one might expect that such an entity could also be tried for treason.
Frank T.