The September 2012 S&P Case Shiller home price index shows a 3.0% price increase from a year ago for over 20 metropolitan housing markets and a 2.1% change for the top 10 housing markets from September 2011. Not seasonally adjusted home prices are now comparable to September 2003 levels for the composite-20 and Octber 2003 for the composite-10. That said, wages are flat and millions are without work which implies housing is on the path to being not affordable. Below is the yearly percent change in the composite-10 and composite-20 Case-Shiller Indices, not seasonally adjusted. 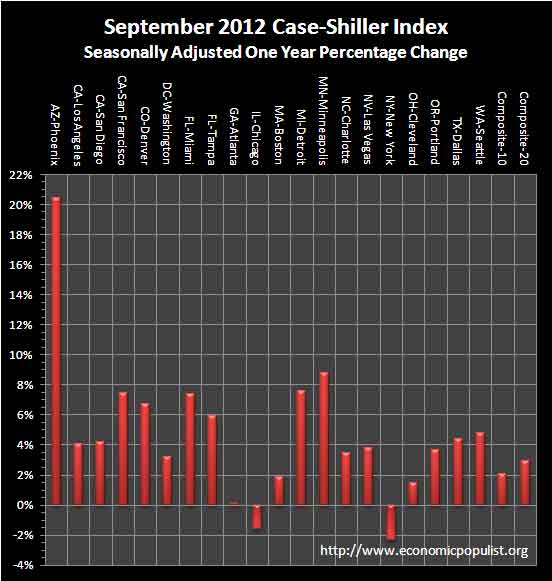 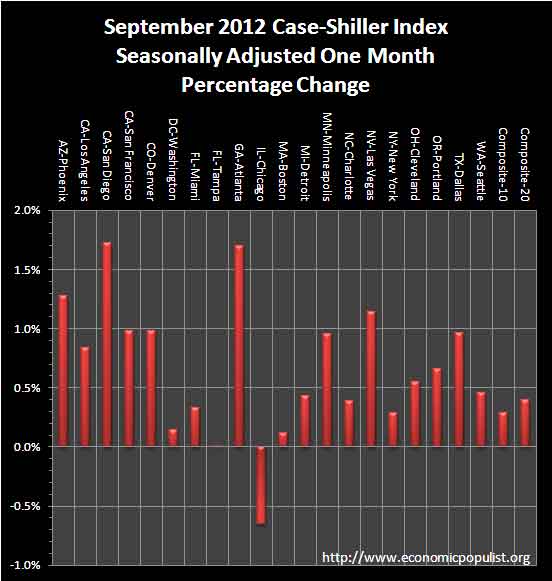 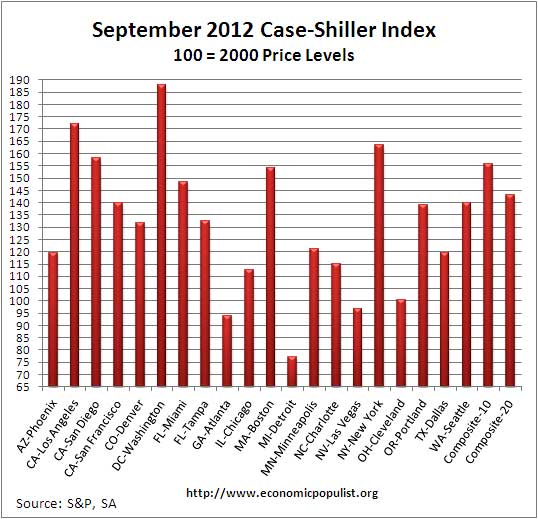 Either way you look at this month's data, most metropolitan area housing prices seem to be increasing. From the S&P press release, using the not seasonally adjusted home price indices, S&P is saying the housing prices has increased for the last six months. While this is great news showing the housing collapse is over, in terms of affordability for working families, it's really not. One simply cannot afford even a $200,000 mortgage when a household earns $42,000 a year.

We are entering the seasonally weak part of the year. The headline figures, which are not seasonally adjusted, showed five cities with lower prices in September versus only one in August; in the seasonally adjusted data the pattern was reversed: one city fell in September versus two in August. Despite the seasons, housing continues to improve. “Phoenix continues to lead the recovery with a +20.4% annual growth rate. Atlanta has finally reversed 26 months of annual declines with a +0.1% annual rate as observed in September’s housing data.

Here is our Case-Shiller past overviews.