The March 2010 Chicago report from the Institute of Supply Management is out.

I'm borrowing a well done graph on the components from EconomPic Data: 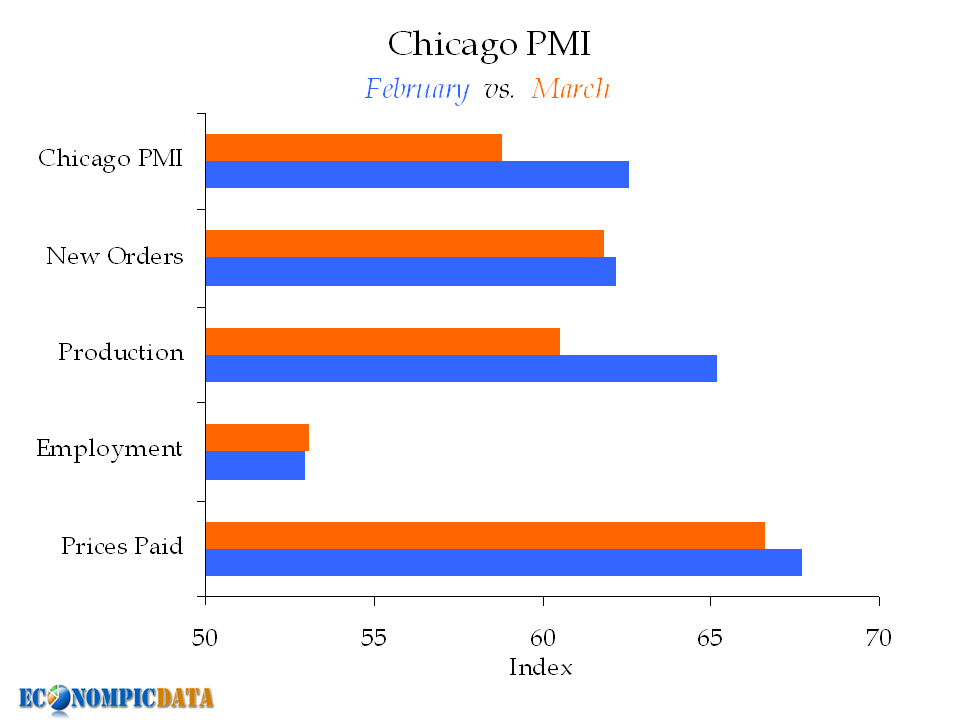 Anything above 50 is growth, but as you can see, it's slower growth than last month. Production had it's biggest drop, from 65.2 in February to 60.2. So, while we have expansion, now for 6 months in the Chicago region, the slow down in growth again reflects and implies what we're seeing generally. The cliff diving has obviously stopped on the economy but we're just not getting the kind of growth needed to put the U.S. back on full steam ahead and most importantly, full employment ahead.

Also note the jump in inventories from 42.4 to 54.4, a 10 point increase. While that might help our GDP numbers, inventory build up without jobs and new orders, ain't that great of a sign.

Also capital equipment expenditures are way down, from 103.6 to 91.6 and so are standard daily supplies.

This index is a regional one for the Midwest. Areas are Illinois, Michigan and Indiana and is released the day before the big Kahuna national report.

The report, with many graphs, is attached to this post.