On The Economic Populist you might have noticed the right column. We try to list other sites and blogs who have exceptional insight and writing on what is happening in the U.S. economy.

The Big Picture $4 trillion dollar hangover is also Bloomberg's chart of the day. Below is the ratio of mortgage debt to residential asset values. Paul Krugman asks is there a jobs mystery? He points us to the below chart, which I hope to look at deeper. For now it appears output has become spiked, starting in 2000 (can you say bad trade deals, China PNTR and offshore outsourcing?) in comparison with recessions of the past. The below graph is non-farm, Krugman has business, but the pattern remains. Notice the reduced output aligning with the grayed recession period and notice the output spikes are increasing, starting in 2001 to the unbelievable spike today. Also notice this recession cycle end date is not official. The grayed areas are the current probable end date. 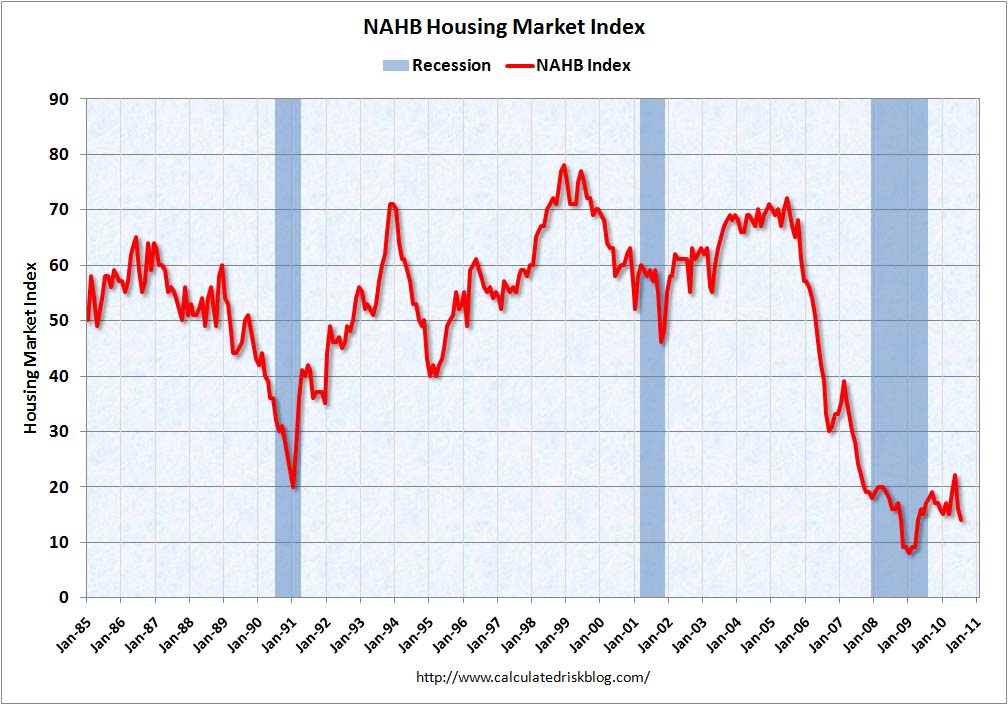 The Baseline Scenario describes the nine lives of Timothy Geithner. Note, the financial reform bill gives Treasury even more power. Geithner claims he is not blocking Elizabeth Warren from the new Consumer Financial Protection Agency (already neutered by being under the Fed). Sure he is, she's for the middle class!

The Atlantic overviews the cities most vulnerable to offshore outsourcing:

A 2008 Bureau of Labor Statistics report (via Derek Thompson) focused on the potential offshoring of service occupations and found that over 30 million of these jobs, about one-fifth of the total, were at risk of offshoring. The BLS definition of service jobs includes both high-paying, highly skilled, knowledge work - from scientists and engineers to architects and fashion designers, managers, business analysts, and CEOs - as well as lower-skilled, lower-paid service work like telemarketers and data entry clerks. The study found that the at-risk service jobs were, on average, higher-paying ($61,473 vs. $41,610) and more highly skilled - more than half of them (54 percent) required college degrees and eight in 10 required "some college."

The Wall Street Journal documents city governments outsource vital services. They note San Jose, California is too broke to pay anyone. San Jose is the heart of Silicon Valley and is home to some of the richest corporations in the world and one of the highest median incomes.

They are not writing and commenting? Me thinks we should not give up and start posting a host of job creation proposals, specific. I did Andy Grove's and there are so many surrounding trade. I'll probably do outsourcing soon again.

But this is ridiculous! The unemployment projections are at crisis levels, unacceptable and if this government would stop making it easy for corporations to offshore outsource everything and horde cash, this situation would not be!

Come on folks, I know you have good ideas out there.