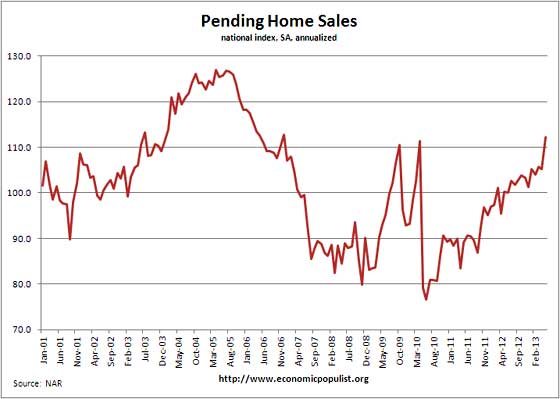 The average rate for a 30-year fixed mortgage rose to 4.46 percent from 3.93 percent, the biggest one-week increase since 1987, McLean, Virginia-based Freddie Mac said in a statement. The rate was the highest since July 2011 and above 4 percent for the first time since March 2012. The average 15-year rate climbed to 3.5 percent from 3.04 percent.

Banks may also help offset the rate increase by loosening underwriting standards as rising prices reduce the risk of making new loans and a slowdown in refinancing makes lending to homebuyers more attractive.