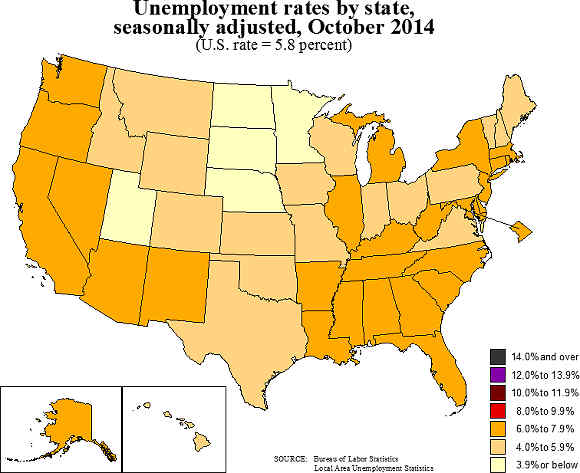 State monthly payrolls for October increased in 38 states, decreased in 12 plus the District of Columbia.  By percentages of total payrolls, Wyoming showed a 1.4% increase in jobs, with Idaho increasing 0.8% and Utah 0.7%.  Both Montana and Nevada showed a monthly -0.6% employment decline and poor Rhode Island dropped -0.5 percent in payrolls.

For the year, everyone gained jobs except for Alaska, whose payrolls dropped by -0.2%.  North Dakota had a whopping 5.0% annual payrolls gain with Utah gaining +3.8% and Texas showed a +3.7% employment increase.  The below map shows the past year ago change for payroll growth. 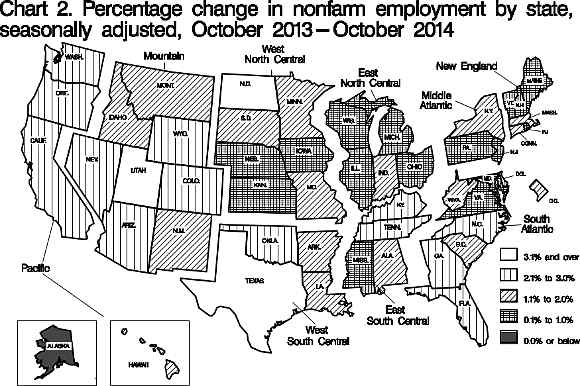 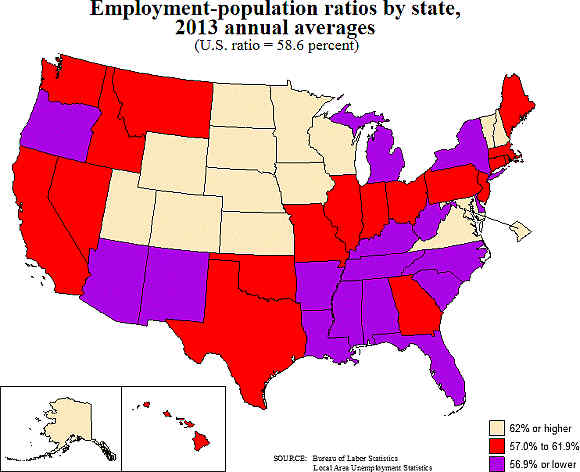 Generally speakingthe above maps paint a much improved state employment picture, although there are obviously millions of people who aren't being counted in some states because they stopped looking for work.  Still in comparison to 2013 state employment is finally moving and improving.  All above maps were created by the BLS.