Talk about the tax credit bump. Existing home sales soared with an 6.8% increase for March 2010. From the NAR:

Existing-home sales1, which are completed transactions that include single-family, townhomes, condominiums and co-ops, rose 6.8 percent to a seasonally adjusted annual rate of 5.35 million units in March from 5.01 million in February, and are 16.1 percent above the 4.61 million-unit level in March 2009.

Total housing inventory at the end of March rose 1.5 percent to 3.58 million existing homes available for sale, which represents an 8.0-month supply2 at the current sales pace, down from an 8.5-month supply in February. Raw unsold inventory is 1.8 percent below a year ago, and is 21.7 percent below the record of 4.58 million in July 2008.

I think the keyword here is at the current sales pace. The tax credit expires at the end of this month, which is obviously working. $8k as a rebate is a pretty nice chunk of change if one believes prices will not drop past that amount.

The national median existing-home price for all housing types was $170,700 in March, up 0.4 percent from March 2009. Distressed homes, typically sold at a 15 percent discount, accounted for 35 percent of sales last month.

It appears the tax credit allows all the way to June to close on a home purchase, so Calculated Risk expects sales to be up until that time. 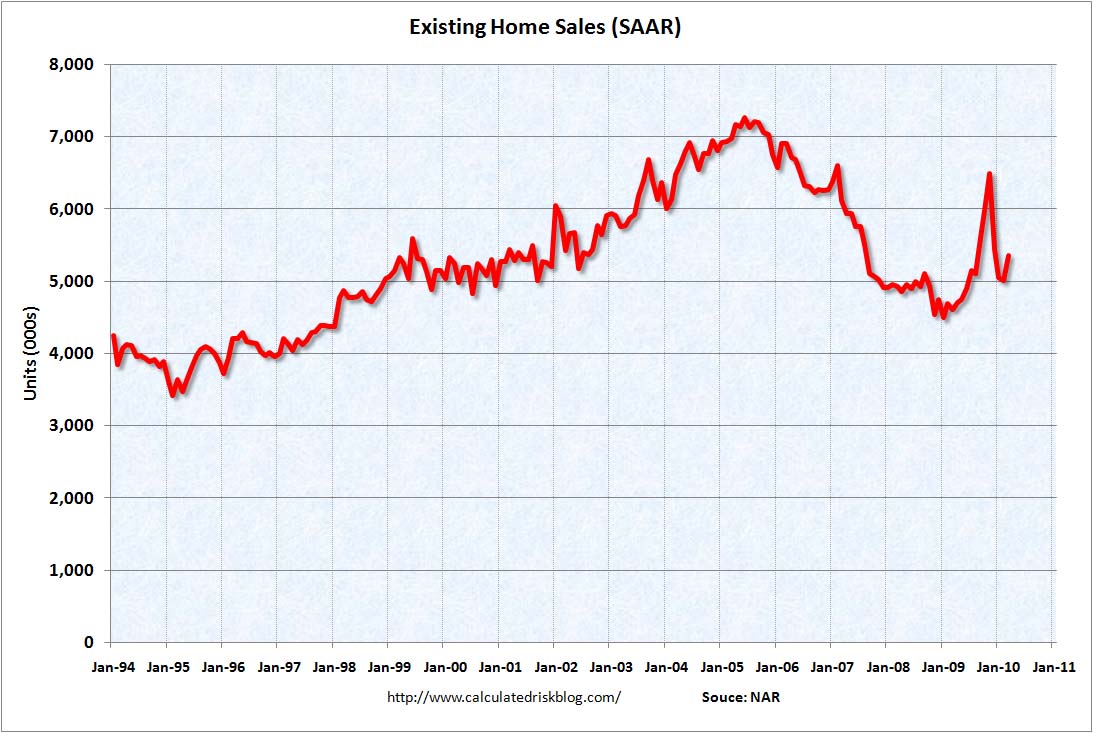 In terms of home prices, I will venture to point out that the largest declines in values seem to match where the highest unemployment rates are. (I'm just looking at the larger maps, this isn't proved by data analysis).