Want to know how to create up to 5.8 million jobs in three years?  End currency manipulation.  So says a new study released from the Economic Policy Institute.  If currency manipulation was stopped, the U.S. trade deficit would shrink by up to $500 billion in three years, annual GDP would increase up to $720 billion, the federal budget deficit would be reduced by $100 billion each year and 40% of the new jobs created would be in manufacturing.

Isn't it strange then that anything but currency manipulation is mentioned by the Obama administration and other politicians when it comes to job creation?  Just today, former Federal Reserve chair Ben Bernanke claimed one reason manufacturing jobs have increased is increased energy production in the United States.  While assuredly true, this factor pales into what confronting currency manipulation would do for the U.S. manufacturing sector.

Currency manipulation involves foreign currency exchange rates.  There is a certain ratio of U.S. dollars to say the Japanese Yuan or Canadian dollar.  Normally these rates change minute by minute, they float and are traded in open markets.  Trade in particular is affected by exchange rates.  If another country's exports become more expensive due to the value of that country's currency, then the importing country will bring in less goods and services from exporting nation since the items would now cost more.  This what is meant by cheap Chinese goods.  Because China's currency is so undervalued, it makes their goods very cheap in other nations.  Those Chinese exports then flood the U.S. markets since the same good made in America is more expensive than it's Chinese counterpart.

Currency manipulation is when nations peg their currency to a certain fixed exchange rate instead of letting their currency float and thus find it's true value in international currency trading markets.  Manipulators fix the exchange rate to a set ratio because it gives them an unfair trade advantage.  Some nations game the system in so many words.  When one has international trade players gaming the system, it can decimate other countries trying to manufacture goods for export.  Many former United States manufacturing plants relocated to China in a mass exodus due to the Chinese undervaluing the currency artificially and thus making it absurdly cheap to manufacture there.

Here are the summary effects that ending currency manipulation would bring:

The paper even analyzed the local economic impact ending currency manipulation would have state by state.  This is probably the most critical part of study author Robert Scott's findings.  Manufacturing jobs would be created in the very areas which need them the most.  These are places where manufacturing reigned, providing good jobs and a robust local economy before the start of these terrible trade policies which hollowed out the United States manufacturing base.

Below is a map of jobs gained per state if currency manipulation had been stopped in 2013.  Impressive isn't it? 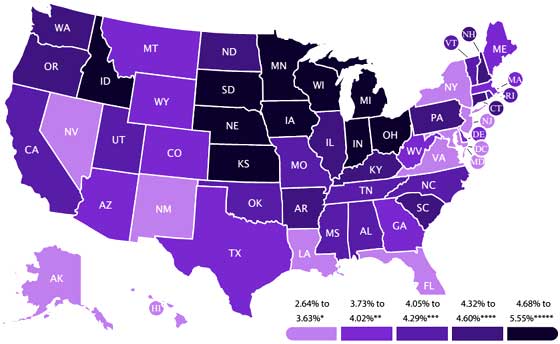 The study gives solutions to bring about change in three steps:

First, Congress should pass pending legislation (H.R. 1276 and S. 1114) that would allow the Commerce Department to treat currency manipulation as a subsidy in Countervailing Duty trade cases (nearly identical legislation was passed by large majorities in the last three years but never enacted). Second, as a majority of the House has insisted, the proposed Trans-Pacific Partnership (TPP) trade agreement should include “ strong, enforceable currency manipulation provisions. ” Third, the administration must implement strategies that would tax and/or offset purchases of foreign assets by currency manipulating governments, which would make efforts to manipulate the dollar and other currencies costly and/or futile.

Since ending currency manipulation is such a no-brainer way to create millions of jobs and boost U.S. economic growth, why has this administration and Congress not done anything?  China is the largest holder of U.S. treasuries and in spite of recent reduction of their T-bill holdings, is still the biggest foreign creditor to the United States.  This gives China enormous power over the U.S. economy and federal debt.  Also highly suspect are U.S. multinational corporations blocking any currency manipulation confrontation.  Multinationals play national tax codes, international markets and nation-states against each other, all to squeeze maximum profits for the firm.  By manufacturing in China with a highly manipulated exchange rate, U.S. multinationals make out like bandits.  Corporate lobbyists run the nation, so don't expect currency manipulation to actually be confronted by the Obama administration or legislation passed by Congress.  It is truly outrageous since America is literally sliding down the economic slope and by allowing such manipulations to continue has destroyed the American middle class.

Are the currencies manipulated or are the wages just too low in asian manufacturing countries?

Tariffs tied to wage differences should create a new stability in world currencies. This would remove the incentive for devaluing of currencies. Much like when currencies were tied to gold, it causes all currencies to seek the highest value. The higher the value of your currency, the higher the value of your wages, and therefore the lower your tariffs. The only value that gold ever had is that every country wanted more of it and they were all striving in the same direction.

If the United States would apply tariffs to all imports it would stabilize would economies and set the stage for real growth. The trick is to apply the tariff based upon the difference in wages between trading partners. Countries paying $5 a day would pay considerably higher tariffs, while countries paying wages comparable to the US would pay no tariffs.
By using the market power of the United States, we would create an incentive for increasing wages and standard of living in third world countries. We would reverse the incentive to devalue currencies, and we would protect the productivity in advanced  economies. Countries could not compete by devaluing their currencies to make their wages cheaper. Instead they would want to increase their wages and currencies to decrease the tariffs they pay. Their populations would benefit from better wages leading to more domestic spending and less reliance on mercantilism.

From Brookings: Most are high school graduates, men, prime age, white, and single (never married). I guess that blows Paul Ryan's "inner city theory" out of the water.

(There's a link on the page to the full study.)

I think it's pretty clear that the U.S. Government has been using international trade as a foreign policy tool, to strengthen our leverage with strategic countries and to befriend countries that might otherwise threaten us (especially China) and to continue the fight against communism. This policy has required us to ship manufacturing jobs to low wage countries, and the great shame is that Americans who lost well paid jobs have had to accept lower wage employment and have not been properly compensated.

I agree entirely with the argument that appropriately designed tariffs could be used to level the playing field and to create large numbers of jobs in this country. But I do not think this would be in line with the foreign policy objective of sucking other countries into our orbit through use of trade.

As a result of automation, export of jobs to other countries, computerization of clerical jobs, destruction of small retailers, the U.S. has become more and more a labor surplus economy with increasing numbers of people employed or underemployed in low wage jobs, often in sub-subsistence jobs.

I think we need to promote technological progress and expand high wage employment through massive increases in government spending on really important goals like hugely ramped up exploration and exploitation of the solar system and much stronger investment in research in energy, the hard sciences, and medicine. Such expenditures would go largely to private subcontractors. Where would the money come from ? Taxes and borrowing.