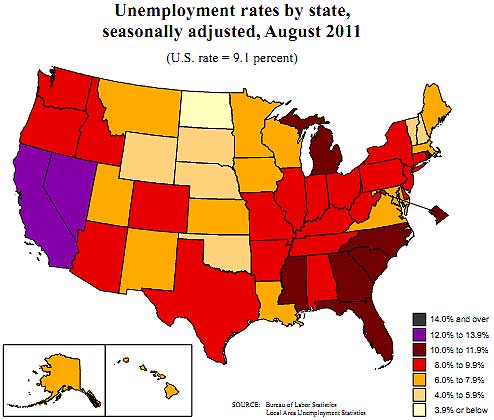 Payroll jobs for the month look bleak and declined in the majority of States:

Nonfarm payroll employment decreased in 30 states and the District of Columbia and increased in 20 states.

Minnesota experienced the largest over-the-month percentage increase in employment (+1.1 percent), followed by Arizona (+0.6 percent) and Idaho and Vermont (+0.5 percent each). 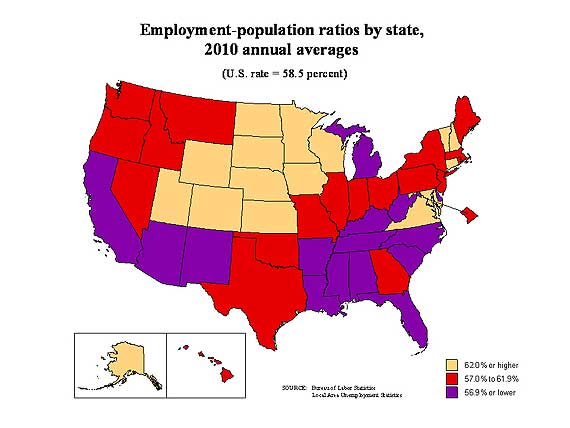 Bottom line, when looking at payroll changes across states, one must take into account that states population, which is why the actual official unemployment rates matter.

The BLS also gave a table of current employment rates per state versus historic highs and lows. Seems 1983 was a pretty bad year although unemployment rates fairly rapidly declined, unlike now.

Below is the BLS map for the total change in nonfarm payrolls, i.e. jobs, for the past year, or since August 2010. 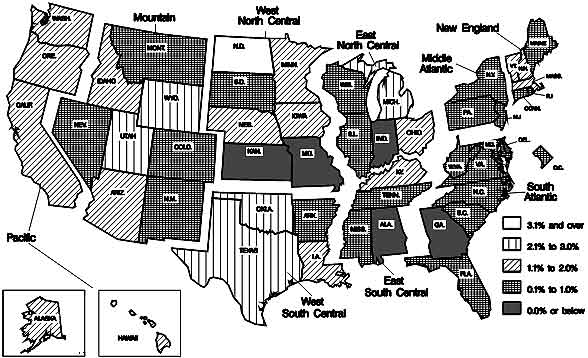 Except for North Dakota, it's like the entire nation is almost static, stuck in time, with just no real job growth. Remember, the above map is an entire year, a year the United States is supposedly in economic recovery.

Over the year, nonfarm employment increased in 44 states and the District of Columbia and decreased in 6 states. The largest over-the-year percentage increase occurred in North Dakota (+5.0 percent), followed by Utah and Wyoming (+3.0 percent each). The largest over-the-year percentage decrease in employment occurred in Delaware (-1.0 percent), followed by Georgia and Indiana (-0.8 percent each).

Here is the overview of last month's state unemployment statistics.