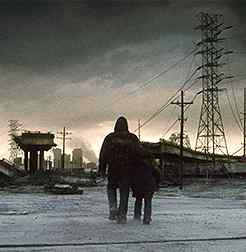 Recently the New York Times published yet another article expressing surprise at the previous existence of securitized financial instruments prior to the last several decades. Securitized financial instruments, or actually securitization, has been around for at least several centuries, and whenever it becomes widely used a Great Depression, or economic meltdown, ensues.

Unfortunately, so to does the dramatic increase in unemployment and poverty.

Those so-called “experts” or “pundits” who continue misleading the populace with extravagant claims as to the recent origins of the securitization process have done a major disservice to society. This brief blog will attempt to rectify this situation.

Some men see things as they are and say why. I dream things that never were and say why not. —Robert F. Kennedy

According to figures compiled by the America Society of Civil Engineers, a multi-year program of just repairing all existing U.S. infrastructure requires an additional $1.134 trillion dollars than already planned funding.

Using various employment multipliers specific to types of infrastructure (more discussion below), such a program spread over five years cen be expected to create 4.605 million direct and indirect jobs.

Remember all of that talk on shovel ready projects and infrastructure from the Stimulus? Remember it is estimated that only 3-5% is actually spent on infrastructure? Remember that our unemployment rate is 9.7% with no end in sight? Remember how these types of jobs, if given to Americans are above minimum wage and require skills? (See Probpublica, Eye on Stimulus for more details in addition to EP search)

We are at the end of an era – the end of cheap oil, the end of suburban sprawl, the collapse of the world’s “shadow banking system”, the end of Wall Street’s arrogation of our nation’s financial system, the end of treating our natural environment as a “free” externality that corporations and consumers can ravage at will. In this time, as we transition from one era to another, billions is the mark of a mere politician.

You have probably never heard of the Horizon Project or even Ralph Gomory and William Baumol and their book on Trade and Conflicting Interests..

But, these policy proposals are unique, innovative and deserve strong consideration and discussion.

Project members believe we need to act now - on economic & trade policy issues, education, health care and public infrastructure investment - to stave off the rosion of our competitive advantages and the loss of the nation's middle class base