Anyone in denial about the United States and the economy should now get over it.

The unemployment numbers for December came in and it ain't pretty.

The unemployment rate is now 7.2%. This is the largest unemployment jump since 1945, The massive job hemorrhage shows the economy is in free fall.

Also the Congressional Budget Office released it's Budget 2009 Outlook report and it ain't pretty either.

As a reality check, the deficit, which was already out of control, for 2008, was $438 billion which means the deficit increased by $748 billion dollars and much of this forecast is due to lower tax revenues. 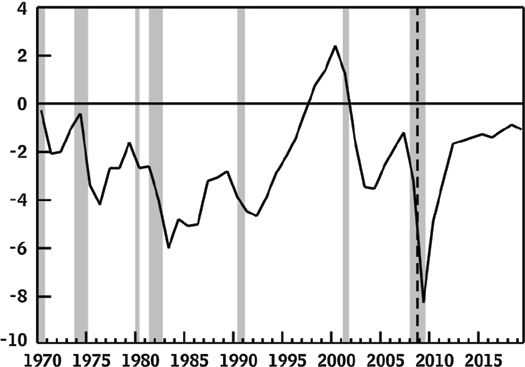 The above graph is ominous especially since we do not have the kind of Keynesian deficit spending from the Great Depression in these numbers. 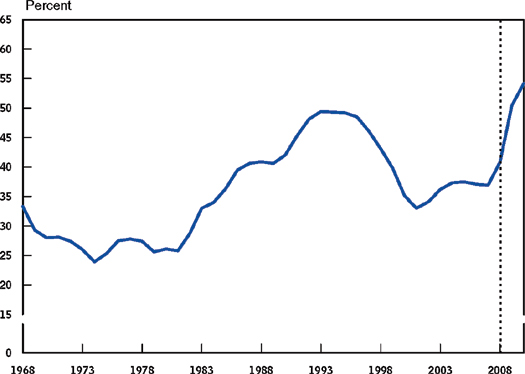 The above also tells us the United States is now drowning in debt. Look at that! We're going to hit almost 55% by 2010! 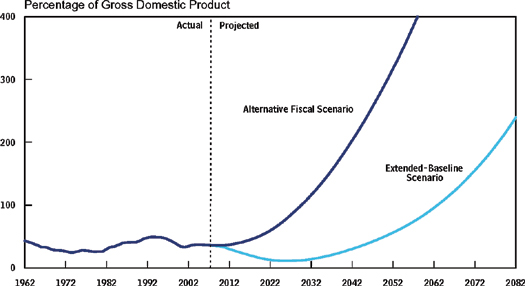 The above graph projects what happens to the deficit if the Bush tax cuts are extended, the Iraq and Afghanistan war spending increase or stays the same, the current proposed stimulus is passed, if spending increases proportionately to GDP, and the AMT is indexed. As we can see the country would be bankrupt from this alternative scenario.

In the CBO current estimate, the graph does not include any additional stimulus package.

As we can see, business as usual bankrupts the United States.

Comparison of GDP in the Current Recession and Previous Ones 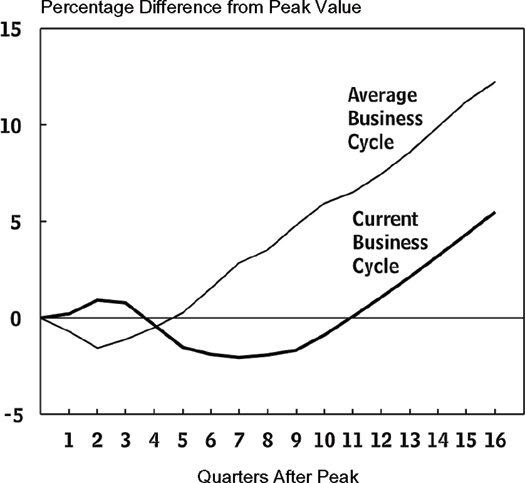 The above graph compares this recession to previous recessions in terms of GDP and how much deeper and longer this recession is expected to be. The CBO isn't playing Freddy Kruger, more the CBO tends to be conservative historically in estimates.

Look at these unemployment number projections down the road. The obvious conclusion is the United States needs jobs and jobs right now. Once again, why is it the Federal and State government are offshore outsourcing jobs that are being paid with U.S. taxpayer money in these kind of unemployment scenarios?

This CBO budget and economic forecast does not include the effects of a possible fiscal stimulus package, which currently is estimated at another trillion dollars and involves tax cuts. Now considering much of this deficit is calculated due to decreased tax revenues, anyone here think more tax cuts are a good idea?