When two bombs exploded this spring near the Boston Marathon finish line, many rushed to help those who were hurt.  We read about their actions with approval and admiration, but not with surprise.  On some level people understand that it is human nature to try to help, even if doing so involves risk or sacrifice.

This part of human nature is largely absent in business, a world that believes almost entirely in motivation through self-interest and even in the social good of self-interest

With the latest mass shooting tragedy dominating the news, we thought it might be time to re-watch Michael Moore's award winning documentary, Bowling for Columbine.

There have been 63 mass shootings in the United States since 1982 and it seems in 2012 there is an epidemic of horror and violence. We know extreme poverty increases violence as does general economic stress. The loss of a job, a threat to career can tip the scales towards tragedy. Workplace abuses have increased as jobs became scarce.

Some will blame guns, some will think the answer is even more guns to shoot the other people with guns.

Could it be the real problem is our me first, f*@k you society? Think about it. If one is mentally ill, they will probably be fighting just to survive, never mind be in any sort of environment where that person would be accepted, with all of their limitations. We have more people in prison than any other industrialized nation. We have homeless kids and homeless people, an entire invisible world of American poverty out there, served platitudes with nothing to stop the downward spiral and slide. 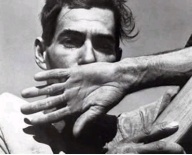