The ADP report for November 2010 it out and ADP is reporting a gain of 93,000 private sector jobs. This is the biggest job gain in 3 years. Even more encouraging, the October private sector jobs numbers were revised, from 43,000 to 82,000. That's almost double what was originally reported. Now don't get your panties all in a bunch, this still is not enough to lower unemployment. The United States needs a good 175,000 jobs per month just to keep up with population growth. 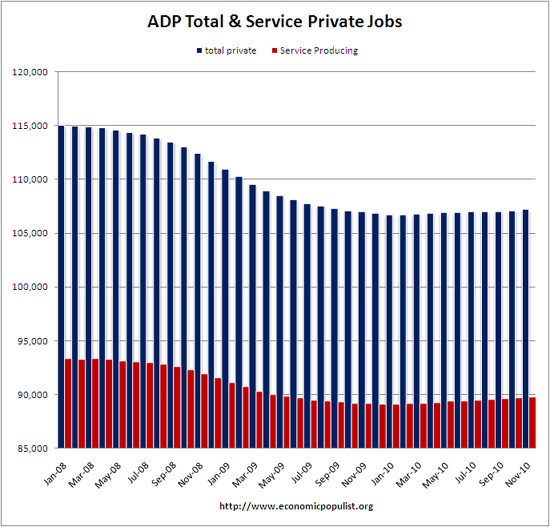 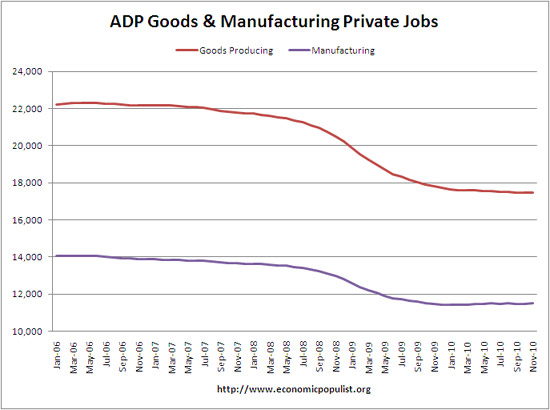 Ya know how the rhetoric goes on how small business is the job growth engine of America? From this report, it is. Read where the jobs came from in terms of the size of the business hiring: