Existing Home Sales plunge 27.2%. From the National Association of Realtors:

Existing-home sales1, which are completed transactions that include single-family, townhomes, condominiums and co-ops, dropped 27.2 percent to a seasonally adjusted annual rate of 3.83 million units in July from a downwardly revised 5.26 million in June, and are 25.5 percent below the 5.14 million-unit level in July 2009. 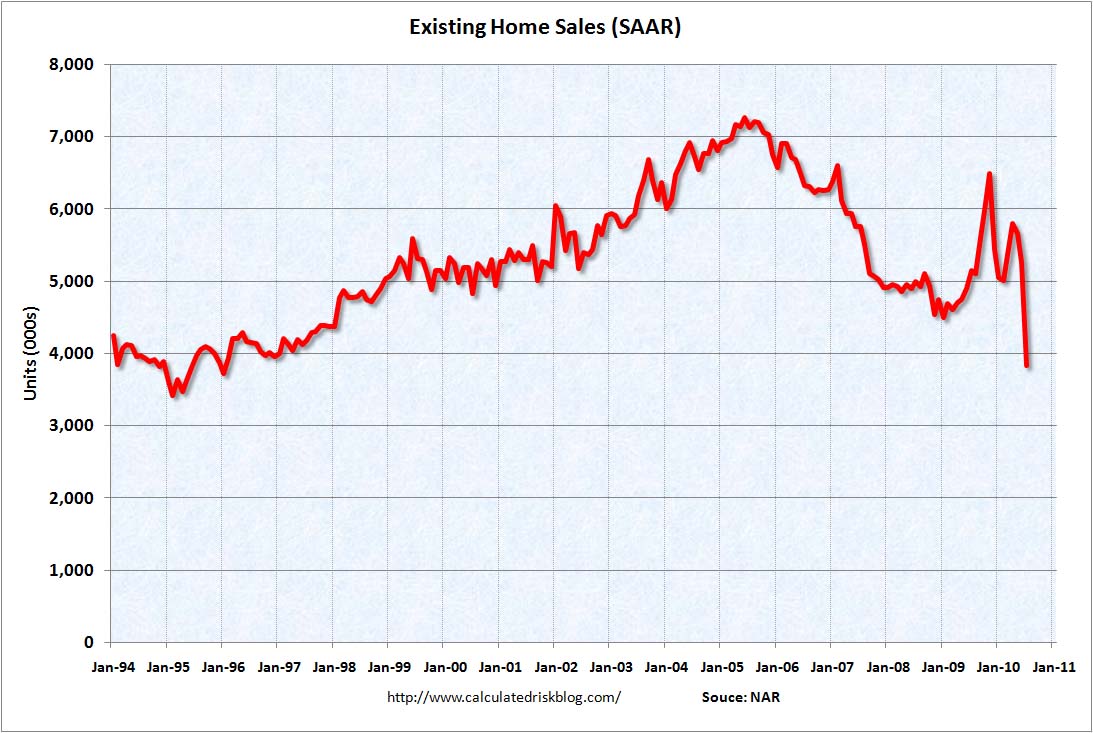 They blame the expiration of the home buyer's tax credit. 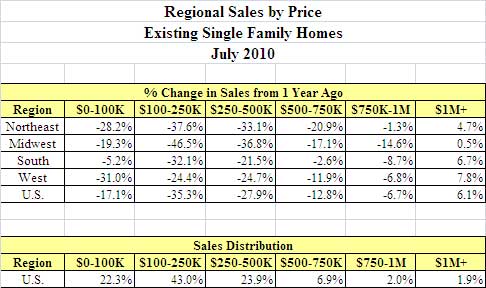 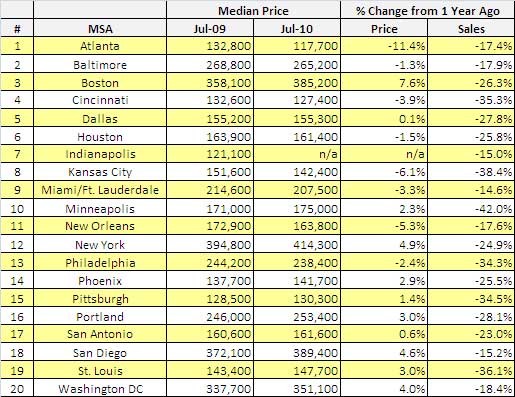 Median prices have not dropped and the NAR believes they will not drop further, with a claim that home prices are in alignment with income. Maybe they haven't read the jobs reports.

The national median existing-home price2 for all housing types was $182,600 in July, up 0.7 percent from a year ago. Distressed home sales are unchanged from June, accounting for 32 percent of transactions in July; they were 31 percent in July 2009

Total housing inventory at the end of July increased 2.5 percent to 3.98 million existing homes available for sale, which represents a 12.5-month supply4 at the current sales pace, up from an 8.9-month supply in June. Raw unsold inventory is still 12.9 percent below the record of 4.58 million in July 2008.