You f---ing Americans. Who are you to tell us, the rest of the world, that we‟re not going to deal with Iranians. -- SCB‟s Group Executive Director

Laudering money for rogue nations and drug cartels seems to be par for the course. The latest scandal is this bomb: a British bank has been laundering Iranian money for over a decade. The New York State Department of Financial services filed an Order Pursuant to Banking Law § 39, which that describes willful and egregious violations of law by Standard Chartered Bank, aka SCB. The above quote is part of the documentation against SCB.

Lately we're hearing announcements the government is makin' money. The Federal Reserve announced they made $77.4 billion in 2011.

Literally the Fed committed $$7.77 Trillion to bailing out these banks. This dwarfs the $700 billion TARP bail out. Bloomberg:

Saved by the bailout, bankers lobbied against government regulations, a job made easier by the Fed, which never disclosed the details of the rescue to lawmakers even as Congress doled out more money and debated new rules aimed at preventing the next collapse.

A fresh narrative of the financial crisis of 2007 to 2009 emerges from 29,000 pages of Fed documents obtained under the Freedom of Information Act and central bank records of more than 21,000 transactions. While Fed officials say that almost all of the loans were repaid and there have been no losses, details suggest taxpayers paid a price beyond dollars as the secret funding helped preserve a broken status quo and enabled the biggest banks to grow even bigger.

The Government Accountability Office has completed their audit of the Federal Reserve. Guess what the GAO found? Conflicts of Interest. It seems the Banksters are sitting on the Federal Reserve board, supervising their own institutions. The fox is guarding the hen house in other words. One of the most damning GAO discoveries is the timeline of Goldman Sachs turning into a holding bank and a Goldman Sachs board of directors, Stephen Friedman, also serving as the New York Federal Reserve chair.

Yes the title is crass, vulgar. Yet the never ending trading of mortgage backed securities, previously titled toxic assets in some game of musical chairs justifies the analogy. Take just this latest revolving door as an example. Did you know a former New York Federal Reserve Official, in charge of overseeing AIG now works for AIG?

The Associated Press ran an article Sunday that focused on the wasted funds during the US reconstruction efforts in Iraq. There were stories of an unused children's hospital, a prison for 3,600 that will never open, and the diversion of reconstruction funds to pay off Sunni fighters to turn on al Qaeda.

AP failed to mention that the main reason that we have to rebuild Iraq is that the United States government invaded it and destroyed everything it could in a display of shock and awe. Also unmentioned were the unique post invasion strategies of no security for sites like power plants that keep the country running and the dissolution of the 400,000 man army, the main institution that kept order in the country before the invasion. But I digress.

Anyone paying attention should know that financial controls and accountability went out the window from the very first days following the defeat of Saddam Hussein's military. 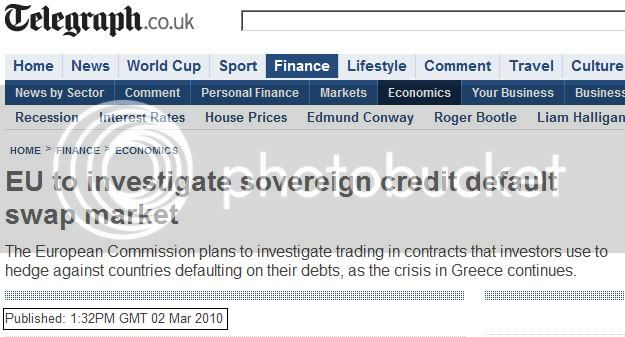