That seems to be the motto of Hank Paulson's bail out demands.

Today the Budget office had a Federal Responses to Market Turmoil Committee hearing.  Peter Orszag, Director of the Congressional Budget Office, in my opinion, confirmed what the critics are saying, this is not a wise plan. But read more and you decide. 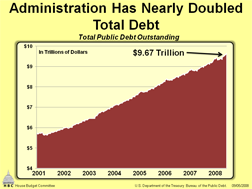 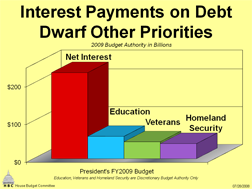 Interest payments as percent of Debt Before Fed Spending

Now that we are adding massive debt daily what is the new analysis?   It appears there simply are not enough details and time to adequately find out!   Yet, there are some in D.C. working on finding out as fast as they can.

We were concerned that the proposal in its original form did not adequately account for risk and therefore understated cost.

Under traditional scoring, when the federal government purchases an asset, the purchase payment is shown in the budget as an outlay. There is no corresponding entry for the value of the asset acquired—not at least until the asset is sold. When it is sold, the sale price is booked as an “offsetting receipt” or as a “negative outlay.” If CBO follows this method, it needs to know how much of the $700 billion will be drawn from the Treasury and paid out, and when the withdrawal will occur. To complete the transaction, CBO needs to know when the asset is sold and the receipts derived from the sale.

Since the terms of buying the actual assets via this $700 Billion bail out are unknown, they are even having a tough time estimating the federal deficit impact.   Not good.

So, what does the CBO say about this bail out?

At this time, given the lack of specificity regarding how the program would be implemented and even what asset classes would be purchased, CBO cannot provide a meaningful estimate of the ultimate net cost of the Administration’s proposal. The Secretary would have the authority to purchase virtually any asset, at any price, and sell it at any future date; the lack of specificity regarding how that authority would be implemented makes it impossible at this point to provide a quantitative analysis of the net cost to the federal government

On the idea of reverse auctions for assets the CBO noted:

The price may not reflect the degree to which that specific asset is risky or impaired and the government could overpay for these assets.

Ah, the devil is in the details! In other words, the plan or lack thereof of how these reverse auctions will be operating and how the buying up of assets will be implemented is not disclosed. They also do not know precisely the amount of toxic debt and structured investment vehicles (SIV) are out there.

the more that the Treasury program concentrates on assets that are difficult for a buyer to value, the more likely that the government will overpay. The more that occurs, the more the program moves beyond simply reestablishing trading in illiquid financial markets and instead subsidizes the particular financial institutions selling assets to the government, at a cost to taxpayers.

It therefore remains uncertain whether the program will be sufficient to restore trust, especially if the program is limited to the asset classes in which the government is least likely to overpay for its purchases

...and here's the bomb, buried within the testimony:

Ironically, the intervention could even trigger additional failures of large institutions, because some institutions may be carrying troubled assets on their books at inflated values

How about those equity stakes Democrats want?

The CBO goes further to say alternative proposals, based on a Reconstruction Finance Corporation (RFC) might be adopted and further lists the advantages and disadvantages of this approach. 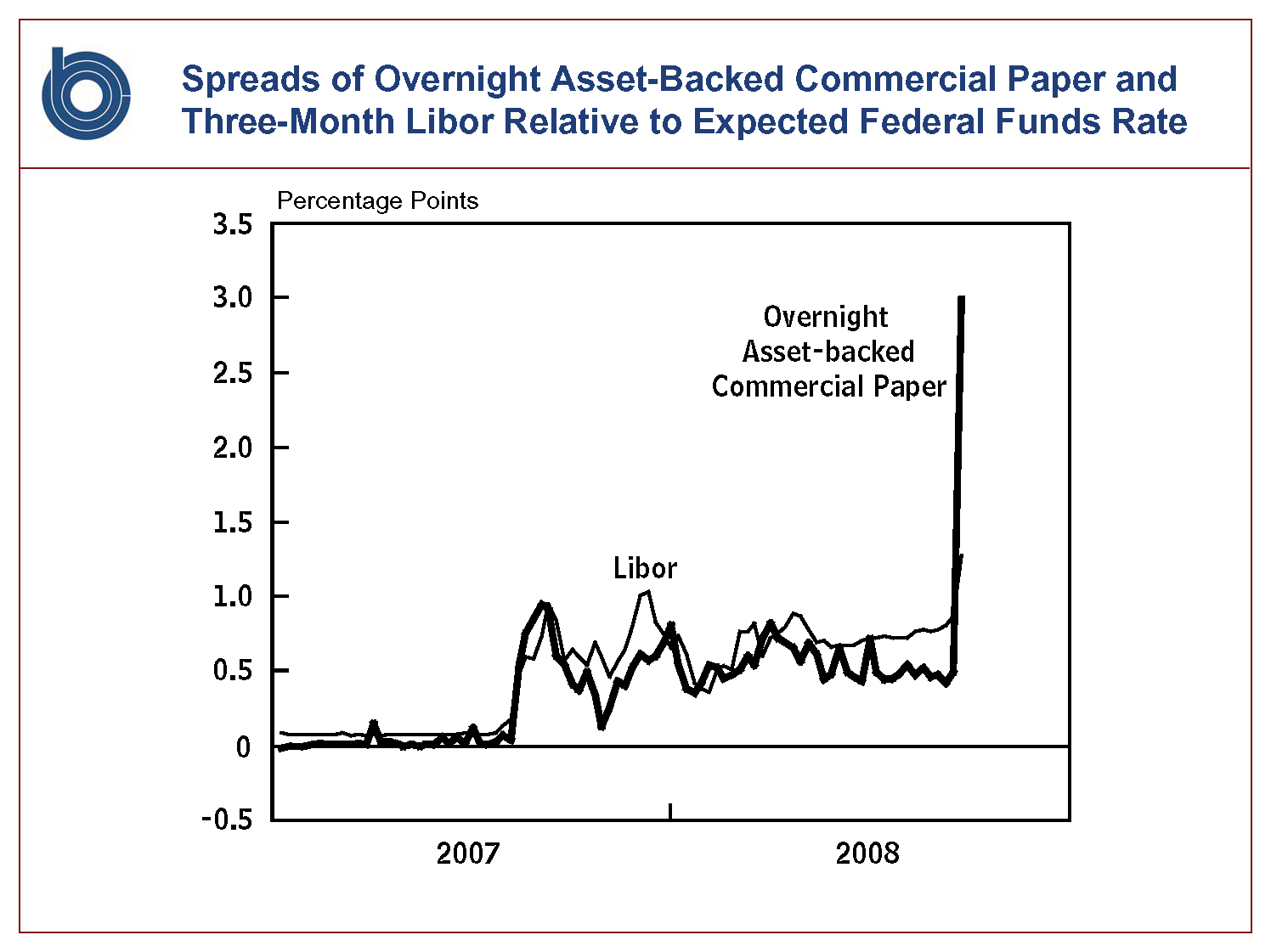 Some background information on LIBOR.

Update: The CBO has written a clarification on his testimony yesterday. It appears I got it right. To address illiquidity, one must expose the asset value, which may show an institution's insolvency.