This is a must read article by Economist Alan Tonelson, John McCain: Free Trade Poster Boy in the White House?. Tonelson focuses heavily on the manufacturing sector, hence he has monitored trade details and statistics for years.

Nuance simply isn’t part of the record of Republican presidential nominee John McCain on economic globalization. Throughout his Congressional career and his presidential candidacy, his words and deeds on trade, manufacturing, investment, and related issues have been so unrelievedly dreadful across the board that they could easily be mistaken for propaganda by his opponent

McCain apparently is so bent on defending every syllable in this 15-year old document, and so determined to vilify any and all domestic criticism as dangerous protectionism, that he has overlooked realities of the global and hemispheric economies – realities that any responsible U.S. leader would seek to understand and address

Boy is he dead right and McCain literally was sent thousands of heads of lettuce in protest when he claimed people in the United States could not do field work for $50 bucks an hour. 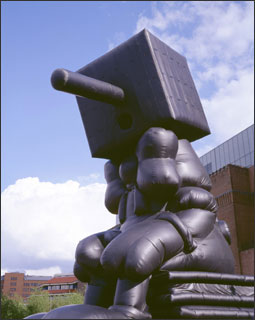 McCain surrounds himself with corporate lobbyists and just completely dismisses anything anybody tells him, including many, many world leading economists and only listens to Corporate lobbyists on a host of issues such as trade. Honestly the guy is unbelievable and I don't think I am exaggerating in the above statements.   A Concrete brain BLOCKHEAD in that nothing which is statistical or reality based gets through.