Pending Home Sales declined in December by -4.3%, annualized, according to the National Association of Realtors. Pending home sales have increased 6.9% from a year ago. November's pending home sales was revised down to 1.6% monthly increase. 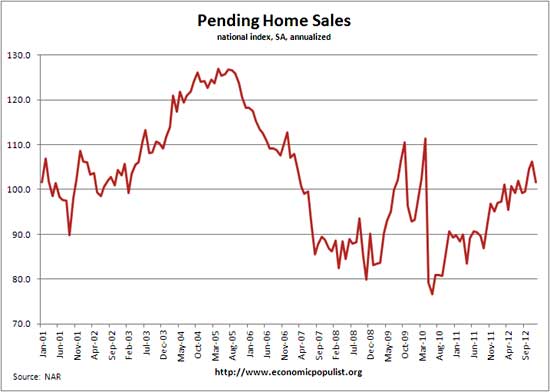 Even with tighter inventory, a pent-up demand and favorable affordability conditions bode well for the market. Yun expects existing-home sales to increase another 9 percent in 2013, following a 9 percent rise in 2012.