The January 2010 SIGTARP report is released and if anything it's a validation of this sites many observations to date on TARP.

Despite the fact that the explicit goal of the Capital Purchase Program (“CPP”) was to increase financing to U.S. businesses and consumers, lending continues to decrease, month after month, and the TARP program designed specifically to address small-business lending — announced in March 2009 — has still not been implemented by Treasury.

Notwithstanding the fact that preserving home ownership and promoting jobs were explicit purposes of the Emergency Economic Stabilization Act of 2008 (“EESA”), the statute that created TARP, nearly 16 months later, home foreclosures remain at record levels, the TARP foreclosure prevention program has only permanently modified a small fraction of eligible mortgages, and unemployment is the highest it has been in a generation.

SIGTARP notes that we are nowhere with financial reforms.

Wow. Bear in mind this is the official inspector general of the TARP stating clearly what many blogs have been saying for months, the government is trying to re-inflate the housing bubble, banks just paid back TARP so they could get back to their outrageous bonuses and it's just business as usual until the next crisis comes.

SIGTARP makes a point to be even more blunt: 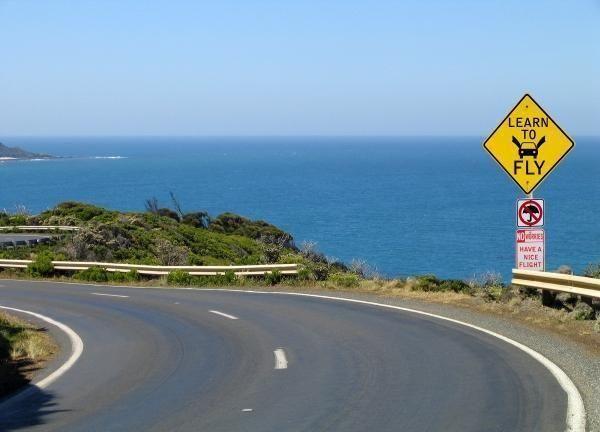 Stated another way, even if TARP saved our financial system from driving off a cliff back in 2008, absent meaningful reform, we are still driving on the same winding mountain road, but this time in a faster car.

Look at this statement on the Federal Reserve buying mortgage backed securities:

So, we get stuck with the bill and a huge percentage of people do not even get to keep the houses. Foreclosures are expected to be about 4 million in 2010 and were greater than 2.8 million in 2009, representing about 2.2% of all housing.

Onto a few details on the state of the funds:

As of December 31, 2009, 67 TARP recipients had paid back all or a portion of their principal or repurchased shares for an aggregate total of $165.2 billion of repayments and a $5.0 billion reduction in exposure, leaving $368.8 billion, or 52.8%, of TARP’s allocated $698.8 billion available for distribution.

Among CPP participants, 74 have missed dividend payments to the Government, some of which made the payments on a later date. As of December 31, 2009, there was $140.7 million in outstanding unpaid CPP dividends. Finally, three TARP recipients that received a combined $2.6 billion in TARP funds have filed for bankruptcy

This is interesting, SIGTARP again mentions civil and criminal investigations, most of which are ongoing. This was mentioned also in a recent hearing on the AIG payout/CDO purchase debacle.

Frankly as much as a bombshell as this report is, I suspect we're going to be seeing neutron bombs if SIGTARP is successful in it's investigations. Note this quote:

Most of the investigations are ongoing but look at the results of just one and note how the Treasury says this all isn't a problem.

Two circumstances have come to light over the past quarter that relate to the conflict-of-interest wall issue, both of which are subject to ongoing reviews by SIGTARP’s Audit or Investigations divisions and will be described further in subsequent reports. First, notwithstanding Treasury’s refusal to require a wall in PPIP, one of the PPIF managers — AllianceBernstein L.P. (“AllianceBernstein”) — has imposed an ethical wall or informational barrier on its own initiative because it felt that it was best practice to do so; indeed, AllianceBernstein informed Treasury of its intent to do so at the same time that Treasury was insisting that the imposition of such walls was, among other things, “simply not practical.”

AllianceBernstein’s ethical wall, along with the previously discussed fact that three of the nine managers already operate similar walls in connection with their activities in other Government programs, simply belies that walls would not have been possible in PPIP.

Second, a series of unusual trades undertaken in one of the PPIFs just weeks after trading began has highlighted the problems that can arise in the absence ofca robust conlict-of-interest wall. The basic facts relating to these trades, initially brought to SIGTARP’s attention by OFS oficials, are as follows. The PPIF management company in question operates both a PPIF and one or more non-PPIF funds that invest in similar securities (i.e., mortgage-backed securities (“MBS”)).

The complete report is attached to this post. It is 127 pages and goes into great details, including smaller fraud investigations and a recap of AIG to date.

It should be pretty obvious to all by this time that this financial system was indeed meant to fail.

That what they are doing now is simply trying to squeeze as much ill-gotten gain out of it while they still can.

One still hears the same tired, moronic drivel from the likes of the media critters, even Bloomberg (that Reilly person) who proclaim: "I don't want to sound like a conspiracy theorist or a tin hat fashionista...."

After all the info about Timothy Geithner (the clown) at NY Fed, and all the collusion among private equity firms (Citadel, et al.) and Goldman Sachs, JPMorgan Chase, et al., Henry Paulson (Goldman Sachs' on-site Treasury Secretary), etc., with regard to AIG, TARP, etc., nothing really more need be said: when all the evidence categorically says criminal conspiracy, anyone who denies a criminal conspiracy is either a paid professional liar or a complete jackass in denial.

This report was released probably midnight, EST, so I skimmed through the 127 pages and I am sure there is much more detail.

Now TARP is not at all the total taxpayer money (see our most popular blog post ever for what's at risk) but even TARP has 12(?) different programs...

it's so complex, there are all sorts of places to hide evil deeds.

I sure hope SIGTARP has a division of forensic accountants because it's amazing how convoluted all of the bail outs are.

If you see or read something of particular note, please post in the comments, I'm sure there is more deadly incriminating details w/in those 137 pages.

In particular, Section 5 provides a discussion of Treasury’s adoption of SIGTARP’s most fundamental transparency recommendation — that Treasury require TARP recipients to report on their use of TARP funds. Section 5 also provides an update on the issue of imposing conflict-of-interest walls in PPIP, including a discussion of a series of suspect trades that has already occurred within one of the Public-Private Investment Funds (“PPIFs”) in which a portfolio manager directed the sale of a security from a non-PPIF fund under his management to a dealer after the security had been downgraded and then, minutes later, purchased from that dealer the same security at a slightly higher price for the PPIF. SIGTARP is reviewing these trades. The fact that these kinds of issues could arise in the first instance is the direct result of Treasury’s refusal to require information barriers or walls in PPIP, and in an environment in which large portions of the public already view the fairness of Government programs with skepticism, whether fairly or unfairly, the reputational risk associated with this review is a wholly unnecessary cost.

Among those PPIP players (which is what the fund's name, PPIF relates to) are Blackrock, of course, and Invesco, Marathon, Oaktree, etc.

From memory, I recall that everyone's fave, Wendy Gramm, used to be on the board of directors at Invesco -- forgot when she left. Also, Invesco is heavily invested in the Climate Exchange, PLC, the holding company registered in the Isle of Man (offshore haven, 'natch) which hopes the American cap-and-trade passes so it can go ahead with all that carbon derivatives stuff on all those worldwide climate exchanges they own.

But, the main point is that Prof. Michael Hudson (and, if memory serves, also Paul Craig Roberts) exactly predicted this would happen because that was the way it was structured. Period.

Two hundred and twenty-four pages to say the Treasury Secretary is a crook and much of this is being worked as yet another financial scam; certainly the PPIP is.

(Marathon sounds familiar, I'll have to research that one.)

Deserves it's own separate write up.

What we need on this PPIP and other exchanges is a very good flow chart.

I think this one said Geithner is a crook is about 12 pages in the front.

Sorry, forgot to mention that in the IG's report they stated that millions were lost when a bank has been lent TARP funds and then declares bankruptcy having zero net asset value.

Sure does sound like "last man standing" or a Ponzi-tontine scheme IMHO.

Don't mean to sound critical of IG Barofsky. He and Elizabeth Warren have done a magnificent job, all things considered, but don't have any power to render change.

Speaking of charts, Nomi Prins has an excellent series at (in conjunction with her recent book, It Takes a Pillage) this site as well as this other site with this web site the main one.

Also, a reference article regarding PPIP.

There was a host of posts on Volcker's NYT's op-ed...

but I think one of the problems here is breaking down each issue by category. In other words, it's clear we need serious derivatives reform, but I think that needs to be separated out. It's complex enough, often mentioned on the sidelines and reforms are getting thrown under the bus. Volcker mentioned it briefly while his focus is on other topics (separating out Commercial from investment banking) and Yves Smith also states that one cannot simply create exchanges for all of these things because some are so specialized and rarely traded it won't work.

Short story long, if people need help on how to create graphs, extract graphs, data, charts from PDFs and post in their own blog piece and so on, I have a lot of info in the admin forum as well as the user guide but anyone can email me for help on how to do extract graphs, images, quotes, data and it's particularly nasty when the report is in PDF format.