The BLS has released their Regional and State Unemployment Report for April 2011. Once again, Michigan cannot get a break. They just lost another -10,200 jobs. Overall the BLS reports there is little change in April from March's State employment figures.

Look at this graph of Michigan jobs. They have lost two decades of job growth. Vermont experienced the largest over-the-month percentage decline in employment (-0.7 percent), followed by Michigan (-0.3 percent), and Idaho, Minnesota, and South Carolina (-0.2 percent each). Over the year, nonfarm employment increased in 46 states and the District of Columbia and decreased in 4 states. The largest over-the-year percentage increase occurred in North Dakota (+3.9 percent), followed by Alaska and Texas (+2.5 percent each) and Nebraska (+1.9 percent).

Bear in mind, while some employment rates go down, that could be due to people dropping out of the labor force tallies, so a better indicator is the raw number of jobs, since we do not have labor participation rates for each State.

Below are the maps the BLS releases with their report. The first map shows the percentage change from March to April on the actual number of jobs in each state. 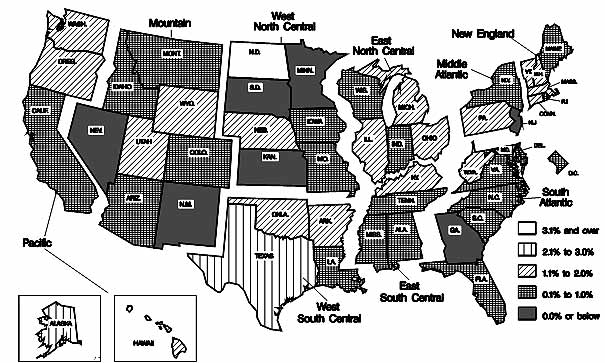 The next map shows the actual change in States' unemployment rates. 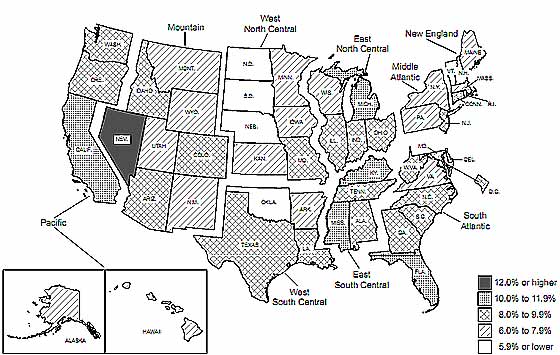 The BLS also issued another report, mass layoffs for April, with yet another 143,927 getting the axe in mass firings, that are tracked, for April.