Now most Americans understand how to place a bet but few realize many of these terms cover a global roulette wheel where the major players were financial institutions and are super elites. To make matters more confusing, the government organizations supposedly watching out for us mere mortals working for a living are also a mine field of alphabet soup. We have, SEC, FDIC, CFTC, FINRA....when it's possible the real mnemonic is FUBAR. 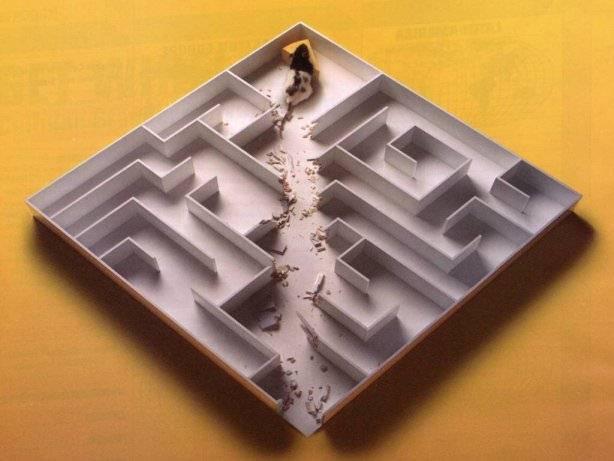 We hear words like regulation, reform, but if one does not pay attention to where exactly these super elites are once again trying to hide their cheese in a financial loophole maze....all of this will continue as well as happen again.

So, what is an average Joe supposed to do?  Who's minding the store?

Well, according to Newsweek, the Obama administrations choice of SEC chair and CTFC chair are the very people who enabled this great global gambling hall in the first place and his choices are not a sign we're off to a good start.

This is particularly true of the two people Obama has named to be the nation's top financial regulators: Mary Schapiro, chairman of the Securities and Exchange Commission, and Gary Gensler, whose hearing to be confirmed as head of the Commodity Futures Trading Commission was held on Wednesday. Schapiro failed to assert control over derivatives trading as the head of the CFTC in the mid-'90s, a time when it was already beset with fraud and manipulation. When a successor, Brooksley Born, came in, she called the unregulated derivatives market "the hippopotamus under the rug."

As CFTC chair, Born tried to rein things in but was rebuffed by the Treasury Department, of which Gensler was a part. Later, when Schapiro was running the Financial Industry Regulatory Authority (FINRA), she also missed Bernie Madoff's Ponzi scheme and now, we learn, R. Allen Stanford's alleged mini-Madoff scam. According to Reuters, associates of Stanford's, as was the case with Madoff's family, even served as advisors to FINRA, the industry's ostensible "self-regulator" (though it was widely seen as a joke in the industry). In both her jobs Schapiro followed a pattern: she tended to aggressively investigate relatively minor violations while failing to see the hippopotamus-size frauds in the room.

The actual hearing of the Nomination Hearing to consider Gary Gensler to be Chairman of the CFTC hearing and some written testimony is available on the Senate Agriculture site. (finding this hearing was almost impossible, not in the CSPAN archives and a horrific site design on this particular Senate committee site). Supposedly Gensler is reformed and evolved from those days of advocating for the very things that have caused a global financial meltdown, yet note:

Gensler re-emphasized his commitment to bringing standardized over-the-counter products into a central clearing house and onto exchanges. But, he said, customized over-the-counter products should have reporting requirements and the dealers themselves should be regulated, but not all derivatives -- including credit default swaps, the financial instruments that helped undermine AIG -- should be cleared and on exchanges. Chairman Tom Harkin (D-Iowa) was not satisfied that only "standardized" contracts would be regulated. "Are they legitimate? If they are, then they should be regulated," he said.

We have some legislation, HR 977 Markets Transparency and Accountability Act of 2009, winding through Congress. One analyst claims the bill could kill the credit default swaps (CDS) market. Right, Yeah, we know the shadow banking system burns in the light....don't all vampires?

Whenever someone from Wall Street is whining about regulation it is a good thing.

CDS cannot be left unregulated. Either naked CDSs are banned or require margin requirements or some sort of net capital requirement.

I'm glad you were able to find the committee hearing video. I thought the last 30 minutes or so were most interesting. Some key points IMO:

1. All of these derivatives are based on the possibility of some future event happening, or not. Therefore, they are all futures and so why not subject them all to CFTC oversight and require trading through a regulated clearinghouse.

2. He had education loans, car loans, mortgages, etc. back in the day before these exotic instruments were even dreamed up. So, do we even need them at all.

3. Should emphasize efficient flow of capital be maintained when looking at what regulations are needed.

1. Still concerned that too much regulation will stifle the free flow of capital.

2. These are awfully smart people who will ultimately find a way around the regulations.

Gensler comes across very well for the most part, assuming he is sincere in his admissions of how wrong he and others were 10 years ago when they deregulated everything. Still, it is disconcerting that he believes that the credit default swaps and the other derivatives should be regulated separately from their underlying commodities and also be allowed to continue to be traded over the counter. That just seems like half a loaf to me.

It's incomprehensible to me they would not be regulating derivatives, structured finance and especially CDS.

That's a huge reason of the global financial meltdown!

"free flow of capital" that's just a smoke screen. In this day of electronic financial systems it's easy to put regulations into the system itself.

Anyone with half a logical brain can see these CDOs and CDSes are beyond financial risk, pure scam, fraud, gambling and need to be regulated. They also need to examine the particular "product" being sold as a new investment vehicle itself. Some of these things should have never been allowed on the market, one can see clearly they are based on seriously flawed models.

So, wanting to perpetuate the shadow banking system is just throwing fire on the fire they are supposed to put out.

The idea that if we "regulate" then "they will figure out a way to get around it" as a justification to not regulate is absurd. There wouldn't be swarms of corporate lobbyists if this were true. And if they find another loophole, well, plug that up too with new legislation.

Glad you watched the entire hearing. This one is flying right under the radar and is yet another major piece of the reform puzzle which instead of being addressed...is seemingly attempting to perpetuate a system that can cause global economic collapse and increase contagion.

When it comes to regulation. As soon as it is put inot law there are people looking for the loopholes. Trying to game the system is the thought process. It even happens when it comes to laws .... tell me, convince me... that the entire lunacy about what is, and what is not torture wasn't a way to "justify torture?"


So, what is an average Joe supposed to do?

It has always been about class warfare.