Moody's downgraded 15 banks, primarily because banks are busy placing bets in the great capital markets gambling casino. As a result of these downgrades, banks borrowing costs will increase and they will have to pony up more collateral to cover their holdings and trades.

It's a 4E. The never ending European Economic Mount Vesuvius has erupted again, threatening that final pyroclastic flow to the global economy. Friday the 13th has arrived and the horror show slasher is Standards and Poors. S&P doesn't like what Europe's leaders have done about the financial crisis.

To wit, S&P just downgraded the European bail out fund. The European Financial Stability Facility was just downgraded from AAA to AA+. This affects the EFSF's ability to raise cheap funds to help contain the financial crisis. S&P what are you thinkin'?

Last Friday France was downgraded from AAA to AA+ and given a negative outlook. Austria was spanked too and lost their AAA credit rating from S&P. One again Debbie Downer Standard and Poor's is on a credit ratings downgrade rampage. 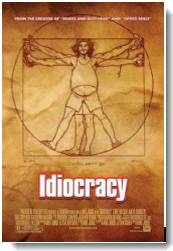 The House Committee on Oversight and Government Reform is holding multiple hearings on the financial crisis.  Today's hearing, the 3rd of 5, was Credit Rating Agencies and the Financial Crisis.