The GOP has a new jobs bill. House Republican Representatives Ted Poe of Texas and Raul Labrador of Idaho have proposed nearly twice as many annual visas for low-skilled guest workers than the Senate bill had included in its version of an immigration bill. The House will propose nearly 400,000 new H-2B visas for temporary foreign guest workers in non-agricultural work (for unskilled and semi-skilled labor.)

With a record number of Americans on food stamps and 5 years of prolonged high unemployment, why would the GOP insist on MORE guest worker visas? The labor market is already over-saturated and the job growth we've had during this "recovery" has been seeing an increasing number of part-time low-paying jobs and temp work.

The immigration bill that passed in the Senate in June created the new class of visas for low-skilled (low paid) workers and increased the allotment of them annually, starting at 20,000 and maxing out at 220,000. Businesses, as always, have criticized the cap as too low.

A higher cap could prove popular among House Republicans and would please many businesses that rely on low-skilled workers (laborers). The bill drew protests from the AFL-CIO as labor unions wanted to limit visas for low-skilled workers, saying foreign workers compete for jobs with U.S. workers and further depresses already declining wages.

The H-2B program (for unskilled non-agricultural migrant workers) is one that, according to a recent Government Accountability Office report, is subject to extensive fraud and abuse. One can subscribe the Department of Labor's newsletter to get weekly alerts about the names of employers who are already abusing guest worker wages, and when caught, the fines they must pay. Businesses groups (lobbyists) such as the U.S. Chamber of Commerce and the Business Roundtable have been promoting more of the same.

There are tons of abuses per each type of work visa, such as McDonalds abusing J-1 visas. That's why we see Congress trying to create ever more categories, so they can manipulate the terms for more cheap exploitable labor to displace U.S. workers and repress wages and worker rights.

The proliferation of low-wage jobs is leading to anemic growth in incomes. A broader measure of income released by the Commerce Department on Friday showed that inflation-adjusted incomes actually fell slightly in June.

Temps accounted for nearly 8,000 of the jobs added in July, and along with retail and restaurant workers, made up more than half of the employment gains. Low-wage workers have been a big part of overall job growth since the recession officially ended in 2009.

Arne Kalleberg, a sociology professor at the University of North Carolina (and the author of the book Good Jobs, Bad Jobs) says, "These jobs count as jobs in the jobs reports, but there's very little attention paid to the kind of jobs these are. They tend to be low-wage jobs, they tend to be in retail and personal service-type sectors, many of them are part time."

Over the past year, lower-paying sectors such as retail, restaurants, hotels and temporary-help agencies accounted for more than 40% of job growth. Many of those jobs are part time; the share of Americans working part time, which spiked during the recession, has shown little improvement and has been trending upward for much of this year.

Regarding more guest worker visas, Shawn McBurney, senior vice president of governmental affairs for the American Hotel and Lodging Association (a lobbyist), says, "Ideally, there should be no cap. It should be driven by the market."

Republican representative Ted Poe said the driving philosophy behind the House bill is that the number of visas should be responsive to the demands of the market. "Sure, there's a cap, but we need to have a market-based system, and some areas of the country need temporary workers in one area, but not in others." (Ted Poe meant a business market-based system, not a labor market-based system).

When senators had initially wrote their immigration bill, they had turned to the AFL-CIO (pro labor) and the U.S. Chamber of Commerce (pro business) to negotiate details of the visa programs. The AFL-CIO says it accepted the visa program only as part of a broader bill that included other union goals, such as opening a path to citizenship for many of the 11 million undocumented workers and immigrants who are already living in the country illegally (many who were brought here by their parents).

Labor leaders say the proposed Poe-Labrador bill is a potential threat to that compromise, and that they wouldn't accept the low-skilled low-paying visa program as a stand-alone measure. Some Senate Democrats are concerned about renegotiating the immigration bill because worker visas are so sensitive that their inclusion had once helped prompt the AFL-CIO to oppose the last big effort to rewrite immigration laws in 2007. "That's what derailed the bill the last time around," said Sen. Dick Durbin of Illinois. 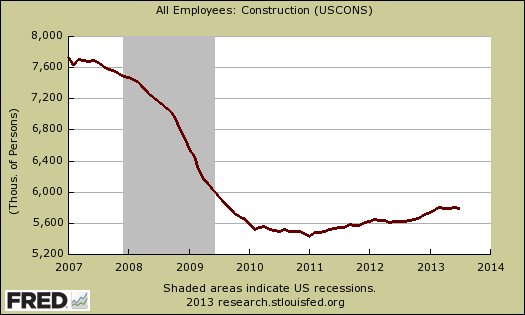 Besides extremely low "effective" corporate tax rates, cheap labor, whether here or abroad, has always been a priority for businesses and their GOP representatives. For decades their focus has not been on hiring Americans, nor have they been concerned about the average American worker's standard of living.

House Republicans Reps. Poe and Labrador plan to introduce their modified version of an immigration bill (to flood the labor market with more cheap labor) in the fall, when Congress returns from its 5-week paid summer vacation.

As an aside, from the Department of Labor's newsletter on August 1, 2013:

Congress should pass a law stating that all American companies (and their foreign subsidiaries) pay their overseas workers the same federal minimum wage as workers are paid in the U.S. --- maybe that would help curb the offshoring of domestic jobs. A Nike employee in Vietnam would see their wages rise from 20 cents a hour to $7.25 an hour, unless of course, we raised our minimum wage to $15 an hour.

The title is a bit misleading as Democrats just pushed for ans passed massive guest worker Visas as well as turning the university system into a green card ATM in the Senate.

Both parties are equally guilty of labor arbitraging American workers through immigration legislation. There isn't any better issue than immigration to show both parties and the President of the United States are controlled and kowtow to corporate lobbyists wanting their cheap, anti-American labor.

I am with the unions on this. Right now--this is unbelievable we have so many American citizens unemployed--who really want to work. Why don't you hire more women who are us citizens? OR US born Latinos? Also other minorities (blacks in particular) , highest rate in youths unemployed, white youths needing jobs now and the us companies want go over and hire people who not only have a limited education, but no skills . I am serious guys--US is really sharp (& strong) and what incredible waste and construction want to spend more money training (time), monitor, background checks, etc.. how do they compensate with pay cuts, who provides insurance and family care ... US taxpayers. USA needs those 400,000 jobs guys--hire US born Latinos. We need every job we can get... We are all glad that it finally has a cap--VISA PROGRAM (tax -write-off and dump this 400,000/year on US taxpayers. What a bunch of bull... visa awards (Mexico should pay for the visas...)...what a joke the US is. (11 million more dumped on the US taxpayers...)

Just follow the money - lobbying, campaign contributions, etc. - and you will understand the political drive for more work visas. These visas aid business and hurt workers by increasing the supply of (cheap) labor. Econ 101, really.

Step back a moment. Does anyone really believe that having noncitizens perform non critical skills work in the U.S. when we have 14% un and under employment makes sense? Wouldn’t it be much more beneficial to America’s economy if U.S. citizens filled the work needs and we didn’t fill jobs with guest workers until U.S. unemployment was very very low? Of course. What needs to be done is simple but impossible with the current political structure. Politicians are comfortable supporting low pay lobbyists and slipping in favorable legislation into omnibus bills that are rarely read. They know voters aren’t engaged. And it never hurts to position one's self for lots of votes from the future guestworker votes..  Employers don’t give a damn about anything but their profit. Why should they invest in training and automation when the Government will provide a continuous flow of cheap labor. Never mind that the amount paid for this cheap labor will fail to be sufficient to meet one’s needs. The result is the out of control expansion of entitlements to pay for what the cheap labor employers don’t. Why work when you get along for doing nothing.   So who gets screwed? No surprise that it is the hard working tax payer. For starters a few straight forward items would go a long way towards solving this disgrace: 1) Institute a foolproof national id card stating your immigration status. Everyone has to have one or be immediately deported, 2) You need approved status to be employed. Huge fines to employers that don’t comply. 3) Children born in the U.S. can only classified as citizens if at least one parent is a U.S. citizen. 4) Gang members, abd serious criminals are out without question. All of them. 5) Legal changes allowing any law enforcement officers to verify immigration status.  How else can we identify and deport future illegals and avoid another repeat?  6) Development of a several step program that includes granting long time “good citizen” illegals green card status quickly followed by other means to sort the keepers from the deportables. 7) Provide keeper illegals permanent green card status for a lifetime. That's enough as they will have already been given the gift of a lifetime.  Last but not least . . . no one should be critical of those taking great risks to find a better life.  The majority of the illegals are are trying to contribute but for many the cards are stacked against them.  Unfortunately the U.S. cannot maintain any acceptable standard of living if we open the doors to the world's 1.3 billion people living in absolue poverty.