Bank of America is using Pink's Hot Dog Stand, to promote customer loyalty, implying loyalty is a moral value.  Is that right? Bank of America, how loyal were you when you offshore outsourced jobs and unceremoniously fired your workers?   How loyal were you when one of those fired employees, Kevin Flanagan, shot himself in the bank parking lot after you just fired him?

The Turkeys have come home to roost with the cop who pepper sprayed protesting students like he's watering a flower garden. Now he's become a symbol, complete with photoshopped images. 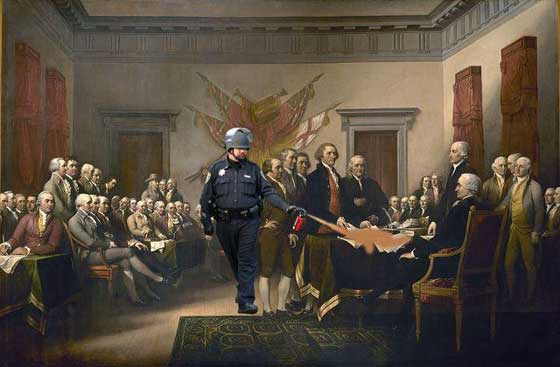 The Guardian has more and even shoppers on Amazon have gotten into the act.

It seems low taxes for the rich is something to defend at all costs. This Washington Post article boils it down and debunks, once and for all, the rich pay more taxes than everyone else. Good call WaPo, when members of Congress promote pure economic fiction as fact, we need all of the statistical reality troops to rally. 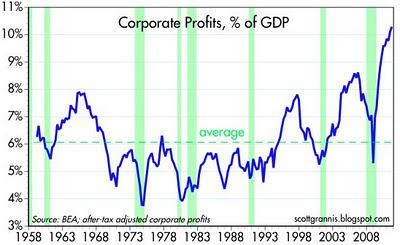 Alternet has done it's own bird hunting and has the top 5 taxpayer Turkeys of the Department of Defense projects.

Congress departs for the Thanksgiving holiday having left us a gift. With the deficit committee failing to produce a plan to cut the deficit and with across-the-board cuts now the default, there remains a real chance for us to untie the Congressional straightjacket and refocus the national conversation on sustainable and constructive job creation.

The war industry knows this, and its allies in Congress are already moving to stop cuts to their piece of the federal budget, a total of $500 billion over 10 years. We’re certain the war industry’s Congressional allies are one among many things contractor CEOs are thankful for.

But as Americans take stock this Thanksgiving holiday, we thought it appropriate we expose some other turkeys that the war industry is celebrating this holiday season.

It's not just America getting the shaft on free trade agreements. South Korea has their own dysfunctional Parliament. Literally, tear gas power was thrown on Parliamentary colleagues in protest of this FTA.

This year's Black Friday is beyond the pale, with stores now opening at midnight, taking over Thanksgiving. Today is supposed to be a day of rest, good food, family and friends and instead it's being turned into some hyper-frenzied consumer fest, all to save 40%. Are you kidding me? Honestly, the deals for the most part are fairly benign but turning Americans into frenzied hordes of blood thirsty Zombies, all waving Visa and Mastercard is not.

George Will is a turkey for spinning his own turkey list as some sort of conservative philosophical rant. Sorry George, iPads and iPhones are responsible for eliminating thousands of U.S. jobs. It's called Foxconn and manufacturing in China.

Not only did we lose tech manufacturing but the service tech sector for domestic workers is truly depression era. For example, in our biggest Metropolis, if you are over 50 and working a real technical job, you will be the only person in your shop doing what you do for a living. This has been born out again and again by the outsourcing stats on Visa workers (85 % substitution) domestic for foreign.

The reality on the ground is far more disturbing. Tech gypsies fly around the country like latter day dust bowl okies (no pun intended Bob). The work is all contract, the hours unbelievable. And other things, like the loss of human capital in the last ten years has left fewer and fewer to do real technical work. This results in one resource filling dozens of roles once worked by dozens of resources, keeping the unemployment stratospheric and the feeding troths of management compensation full to the brim. Just have George Will do a little research on say, Dr. McGuire at UHC with his $1.7Billion in Options.

And the fraud, major institutions have been brought to a halt by fraud by Visa workers whose skill was so light that they crippled whole parts of regional economies, banking, utilities, airlines and other things. Most in the know can only whisper about the horrors. To speak aloud would bring certain reprisal. Again, born out by DHC studies on fraud rates of at least 20%. I know from experience the real rate approaches 80%.

While all of the Presidential "manufactured front runners" will give unlimited foreign guest workers per the demands of their corporate clients, don't exaggerate. Cite your numbers. Fraud is not 80%, while one could probably guess cheap labor, technology transfer is. In terms of skill sets, I don't remember the percentage of fake resumes, but it was high.

his comments are literally unbelievable... it is now on record that the GOP truly wants to return the United States of America to the 19th century...as Norquist, their high priest likes to say "... before the socialists took over"

i can't believe i'm living thru this goddamn mess

has me convinced this is some orchestrated bought and paid for by corporate lobbyists, corporations, special interests, 100% phony thing going on that has no real people involved at all.

Seriously. This site is non-partisan and do you know a single real person, conservative, who agrees with or even likes Newt Gingrich? His positions are like orders up in some fast food corporate lobbyist agenda item restaurant. He's got 'em all, including immigration.

I feel like this is wag the dog, much more than previous "elections" have been.