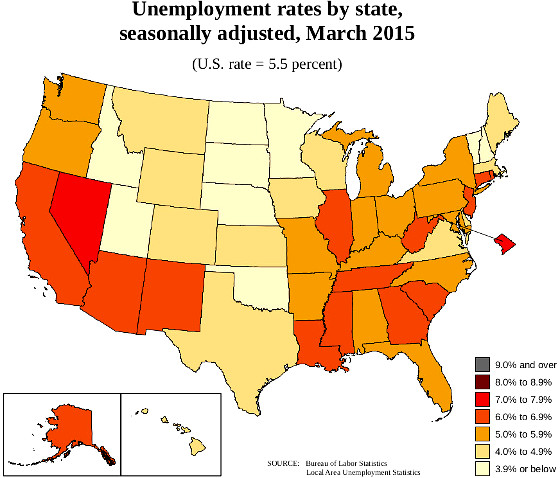 State monthly payrolls decreased in 31 states plus the District of Columbia.  Eighteen states saw monthly payroll increases.  By percentages of total payrolls, Oklahoma showed a -0.8% decrease in jobs.  Arkansas, North Dakota and West Virginia all declined by -0.6% in monthly payrolls.

For the year, only one state saw payrolls decrease, West Virginia.  Utah's payrolls gained +3.9%, Florida, +3.7% and Washington increased +3.4%.  The below map shows the past year ago change for payroll growth. 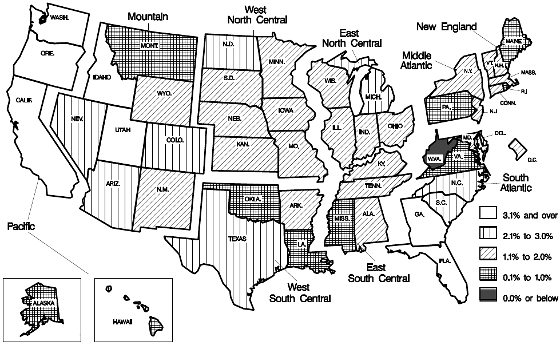 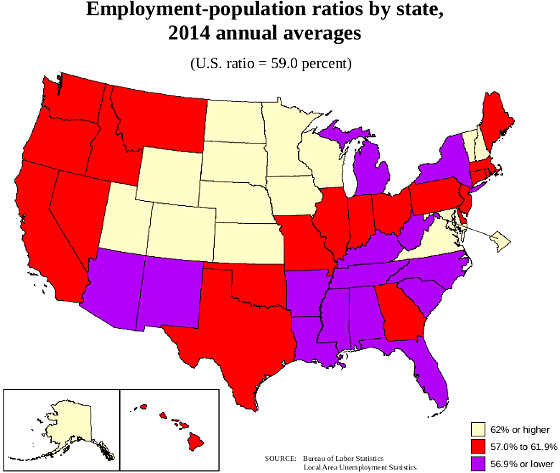 Generally,the change from year ago is still good, yet the monthly figures are showing some really bad news for some states.  The payroll decline is most disconcerting.  All above maps were created by the BLS.