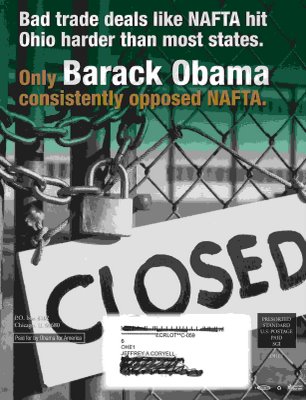 Panama is one of the world’s worst tax havens. It is home to an estimated 400,000 corporations, including offshore corporations and multinational subsidiaries. For decades, the Panamanian government has pursued an intentional tax haven strategy. It offers foreign banks and firms a special offshore license to conduct business. Not only are these businesses not taxed, but they are subject to little to no reporting requirements or regulations. According to the Organisation for Economic Co-operation and Development (OECD), the Panamanian government has little to no legal authority to ascertain key information about these offshore corporations, such as their ownership.

Because of this secrecy, precise numbers of the taxes lost to Panama do not exist. However, according to the U.S. Office of Management and Budget, eliminating tax evasion in tax havens overall could save U.S. taxpayers $210 billion over the coming decade, while the Senate Committee on Homeland Security and Government Affairs estimates a savings five times as great. Since Panama is one of the world’s leading tax havens, the country is likely to account for a significant share of those revenue losses, which could be used to meet other urgent policy priorities at home.

Columbia takes the cake. They like to kill people who try to labor organize. I kid you not, outright murder of workers. The AFL-CIO, who doled out big bucks and their members to get Obama elected, had this to say about the betrayal:

We are deeply disappointed that the Obama administration has signaled that it will move forward to submit the proposed U.S.-Colombia Trade Agreement to Congress for a vote in the near future. In our view, the situation in Colombia remains unacceptably violent for trade unionists, as well as for human rights defenders and other vulnerable populations. In addition, Colombian workers face enormous and indefensible legal and practical hurdles in exercising their rights to organize unions and bargain collectively.

Passing the Korea deal would kill U.S. jobs; even official government studies show it will increase the U.S. trade deficit. Passing the Colombia deal would kill any leverage Colombian union, and Afro-Colombian and other community leaders and their U.S. union and civil society friends and allies have to stop the murders, forced displacements and other acts of political violence that dominate life in Colombia.

EPI estimates the South Korean and the Columbia trade agreements will cost yet another 214,000 U.S. jobs:

Whether one is worried about more corporate abuses and tax havens, murder of innocents trying to organize, or good old fashioned U.S. economic growth and American jobs, these trade deals are lose-lose. It seems the only ones who win are multinational corporations. Remember, multinationals really don't have a country, or at least are not loyal to one.

It makes my hair stand on end to think how much worse things would be if President Obama didn't wake up and go to sleep thinking about our economy.

Isn't it funny, with things so bad, that no Third Party candidate is on the sidelines this time. Maybe Bloomberg, but he keeps saying not and I'm not sure I want him either, given his disasterous immigration views. Probably the huge costs of running are making a credible third party run just about impossible. Supposedly the Democrats expect to hit the "B" for billion mark for 2012.

I am ready for change that will be change, though -- and this time, for the better. Where oh where, when oh when will we find such a thing?

Actually my recent, true and honest fantasy is to resurrect any President and Cabinet from FDR-Carter and put them in charge. We'd be better off with any of them, for sure.

This is really out of control at this point, the corruption is overwhelming and they are also heading towards destroyiung any social safety net left in the U.S., that's Medicare as well as social security.

Another clear and major example of corporate money completely owning the politicians and the agenda.

That's spectacularly bad news. South Korea has some serious industrialists. Maybe the deal with them is intended as the final blow to any domestic manufacturing. The Money Party can bring in Colombian specialists to take care of any residual union resistance and the corporations can claim diplomatic immunity because Panama makes the officers all registered corporations diplomats. It all fits;)

Obama was elected because he promised to end these unfair trade agreements. He has no excuse for selling american workers out. That's why Trump will be elected, or Jesse Ventura/Ron Paul. Obama will not get a second term.

Come on, the corporate lobbyists and billionaires will only let win who will do their bidding, so Obama loses, you'll get Romney or another one who will do the exact same agenda items.

That's why there is little difference between Bush I, Clinton, Bush II, Obama.