When I see the stock market roar over workers getting squeezed and screwed I'd like to scream. But such is today.

Labor productivity, or output per hour, is calculated by dividing an index of real output by an index of hours of all persons, including employees, proprietors, and unpaid family
workers. Output increased 4.0 percent and hours worked decreased 5.0 percent in the third quarter of 2009 (all quarterly percent changes in this release are seasonally adjusted annual rates). 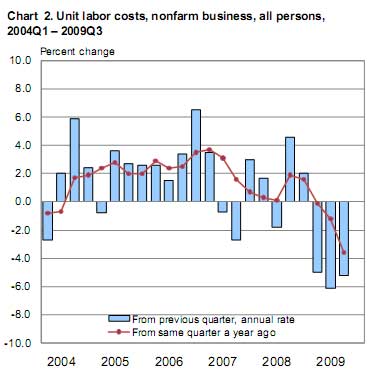 Why this is bad news for workers and the middle class squeeze?

Why the stock market roars when workers are getting squeezed is beyond me. For an economy that is 70% consumer driven, where exactly do they believe consumers are supposed to get the money to go out and buy stuff?

What this report really means is workers are being paid way less and worked to death even more. This also is bad news for future job growth. As long as employers can squeeze out even more work for less from U.S. labor, that's one less new person they need to hire.

Seriously Wall Street, it's like watching a vampire feed and on top of it, the entire U.S. middle class turned into the walking dead. Do you think comatose, tapped out Zombies are going shopping anytime soon? 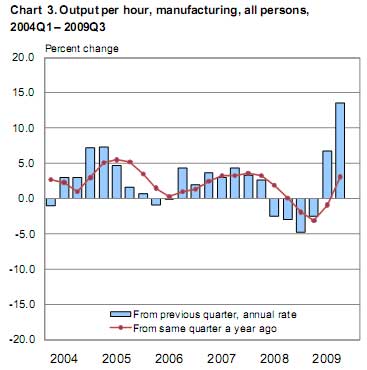 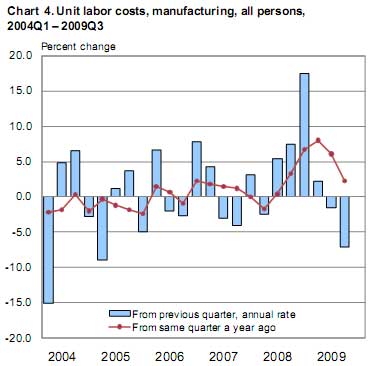 Manufacturing unit labor costs fell at a 7.1 percent annual rate in the third quarter of 2009, but increased 2.3 percent over the last four quarters. 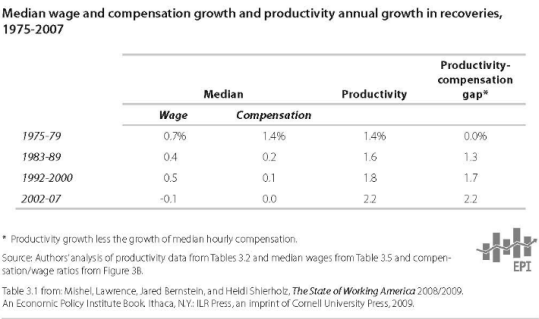 Brad Delong, gets a little bit of scream in him as well.

Baseline Scenario explains a little more, abet I think he also believes that somehow the 1950's, where workers had to be physically located all in one nation, is the same as 2009, where jobs can be offshore outsourced due to global shipping and that magic thing called the Internets.

Just because this variable didn't exist in grad school, oh yet great Economists, doesn't mean it's is not coming into play now!

Double negative and I feel damn negative damn it!