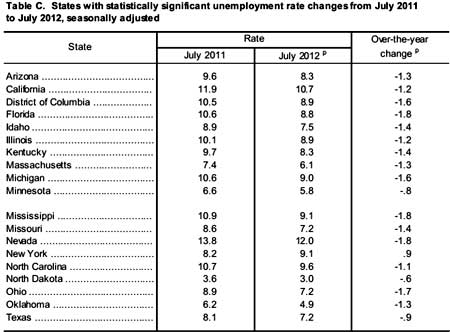 The monthly change in payrolls isn't so hot when one looks at the percentages. Remember California is the largest state by population followed by Texas. Almost 12% of America's population lives in California. From the actual statistics, once again, only North Dakota seems to really know how to employ people.

The change in actual jobs from a year ago is also weak considering how many unemployed, officially at 12.8 million, there actually are.

Over the year, nonfarm employment increased in 41 states and the District of Columbia and decreased in 9 states. The largest over-the-year percentage increase occurred in North Dakota (+6.8 percent), followed by California (+2.6 percent) and Oklahoma (+2.4 percent). The largest over-the-year percentage decrease in employment occurred in Rhode Island (-1.6 percent), followed by Wisconsin (-0.8 percent) and Alaska and Missouri (-0.5 percent each). 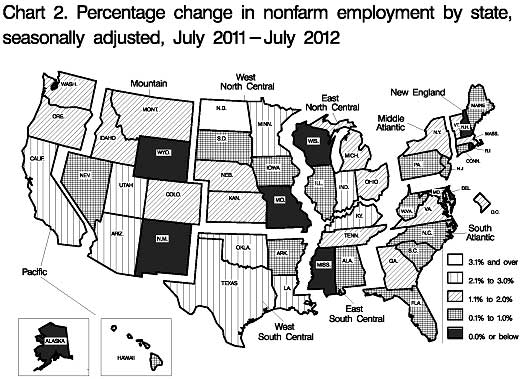 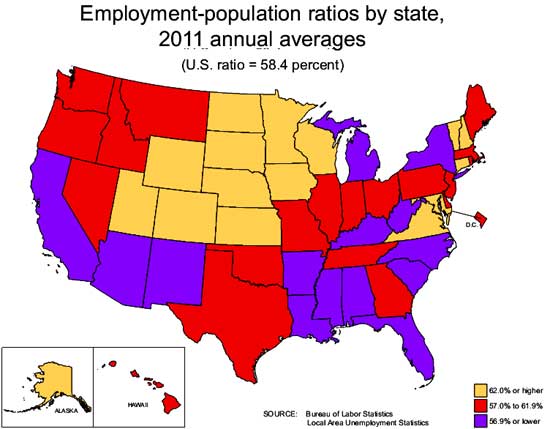 Below is the metro area unemployment rates map for July 2012. Don't go to California, New York, Florida, Nevada or Chicago for that matter if you're looking for a job. 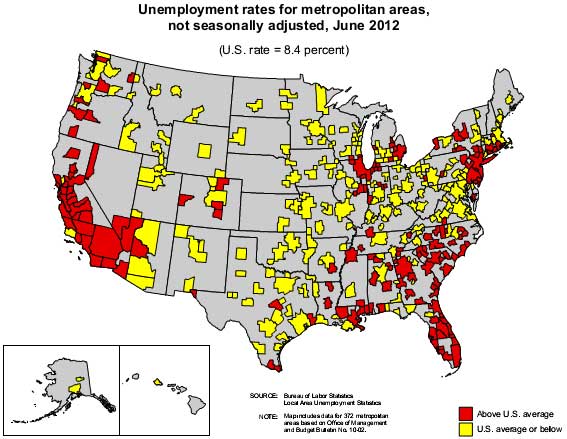 For now, notice New York State increased their unemployment rate in the past year.

We didn't create these maps, they are provided by the BLS and anyone know of great mapping software, let us know, these are not really that adequate, but when looking at regional data, maps are the best way to illustrate what's going on.

Complain to the BLS. They are their maps and frankly I'd love to find an easy way to create dynamic maps for economic data that did not look horrific and am considering new software to do so. These are the best of the lot one can get for economic mapping data and I agree, their color levels are from 2009. Sorry to give your exercise answer away. Good luck class.