Did you know 15% of America lives in poverty and that income for households after adjusting for inflation has declined by 8.3% since 2007?  That America is making 9% less in real dollars than in 1999?  The latest annual Census report for 2012 shows America is still broken and poor.

Don't like the trade deficit, low GDP and the public outrage over the offshore outsourcing?  Change the accounting method to make it go away!  Such is the agenda of government statisticians it appears.  How they are going to incorporate statistical lies into national accounts is shocking.  Production location no longer matters, the thing that will count is ownership of the final product. 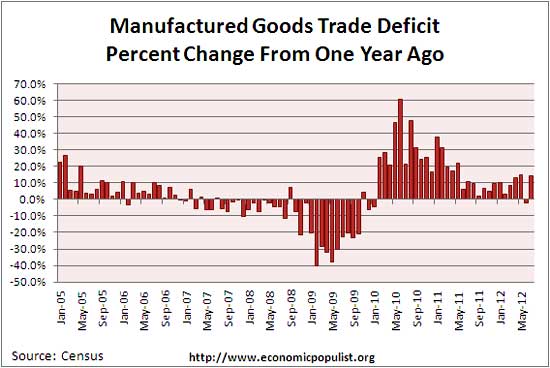 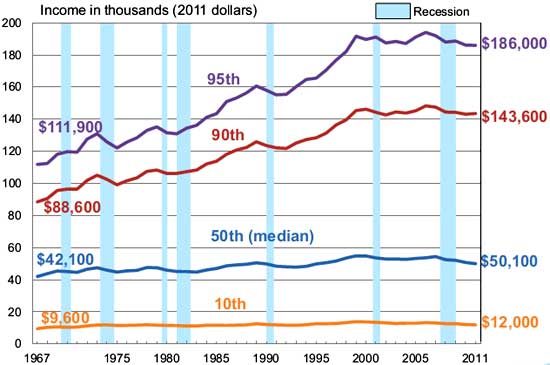 There is another war going on in America. You may not have heard about it, but Congress has declared war on facts.

The House of Representatives voted to kill the Economic Census and eliminate the American Community Survey.

Judicial Watch, a notoriously conservative group, has filed a Amicus Curiae Brief with Supreme Court. This is a opinion on case Louisiana v. Bryson What's it all about? Counting illegal immigrants in the 2010 Census.

The state of Louisiana, in a broad new challenge to the role of undocumented immigrants in American society, asked the Supreme Court on Monday to rule that those who are in the country illegally should not be counted in the ten-year national census, at least for purposes of deciding how to divide up seats in the U.S. House of Representatives. In a lawsuit filed directly in the Court, without prior action in lower courts, the state contended that it has been denied one potential seat in the House because illegal immigrants are counted in census totals, putting Louisiana at a disadvantage in House apportionment. The first step in the case of Louisiana v. Bryson (140 Original) is for the Court to decide whether to allow the lawsuit to go forward in the Court, presumably after hearing from the federal government.