Did you know 15% of America lives in poverty and that income for households after adjusting for inflation has declined by 8.3% since 2007?  That America is making 9% less in real dollars than in 1999?  The latest annual Census report for 2012 shows America is still broken and poor.  The report, Income, Poverty and Health Insurance Coverage in the United States, is loaded with more bleak news. 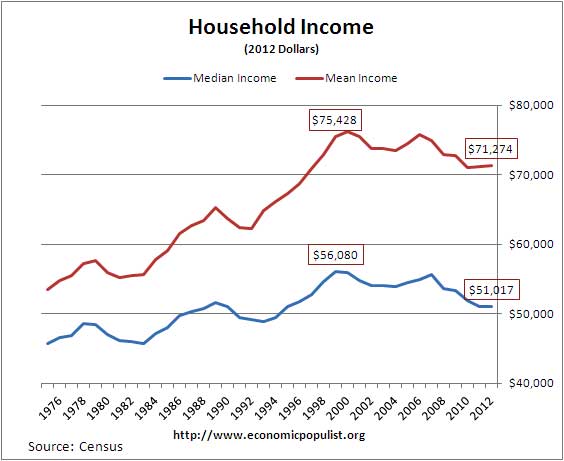 Above is a graph of household median and mean income which shows half of America is making almost 10% less than 14 years ago in reality.  The Census likes to focus on households, not individuals, even though in the United States 27% of people live alone.  Households are all people living at one address and most of the statistics amplified are for households in the Census report.  Another amplification by the Census is there is little statistical change in the economic plight of households between 2012 and 2011.  In other words, the economy for most of America was still just as terrible in 2012 as it was in 2011. 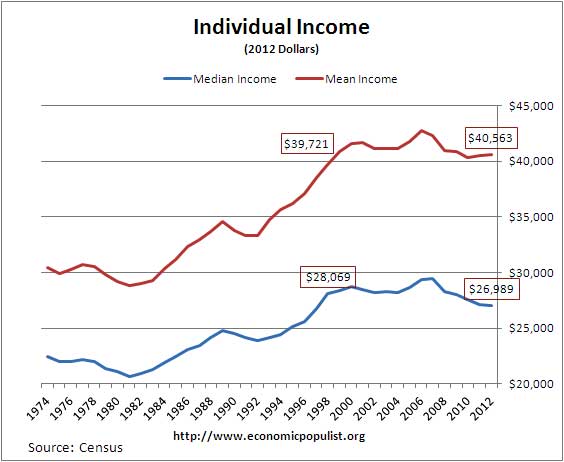 The survey breaks up households by income, both in dollars and equivalence-adjusted income by quintiles, evenly distributed. Equivalence-adjusted means they are accounting for the size of the household that income supports. The below pie chart illustrates the quintile distribution scale and notice the colors associated with each fifth of households. 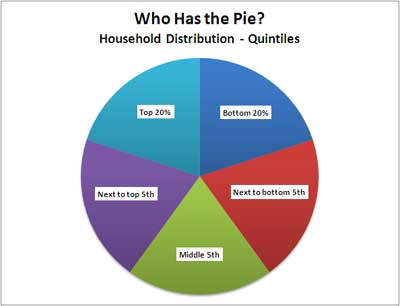 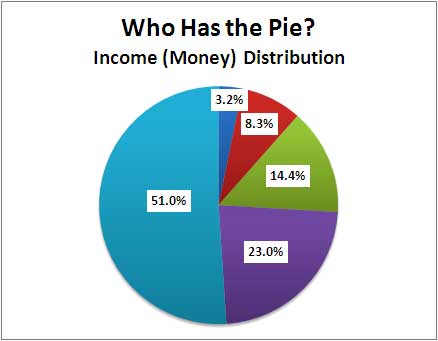 Gets worse than that.   Of the top 20% household income earners, the top 5% are getting 22.1% of that income.  Once again the Census also shows the super rich are getting more than their fair share of the economic pie.

Below is a Census graph of median household income by select income brackets, adjusted for inflation.  Notice how flat income is for the bottom 50% of America, yet the top 10% and top 5% household income earners are gaining.  This is another illustration of just how bad income inequality has become in the United States.  It is obvious for most of America the dream is long gone. 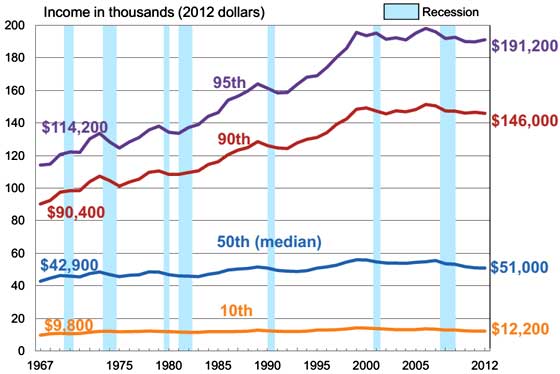 The Gini index is an international measure of income inequality, where zero represents perfect equality and one is perfect inequality.  The Gini index increasing is really bad news for most of a nation's people.  It means wealth and power is in the hands of the few, while the Populace is in poverty and powerless. 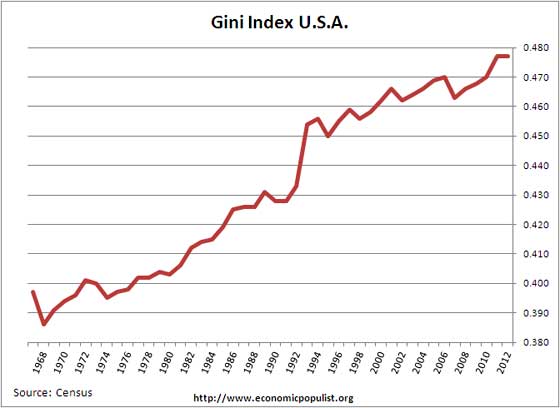 Another interesting graph provided by the Census is the dramatic increase in poverty rates among the working age population.  This would correlate with no increases in wages.  America has increased dramatically in the working poor, where hard work does not pay off, and instead one cannot make rent and put food on the table.  According to the Census: 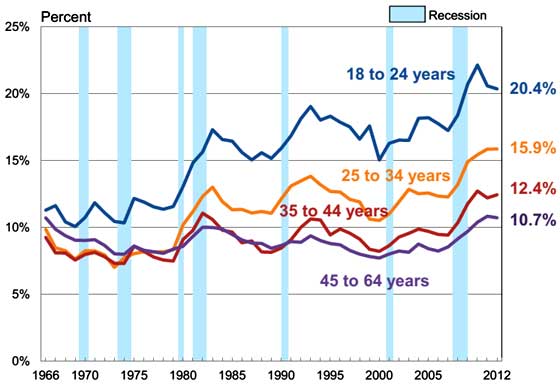 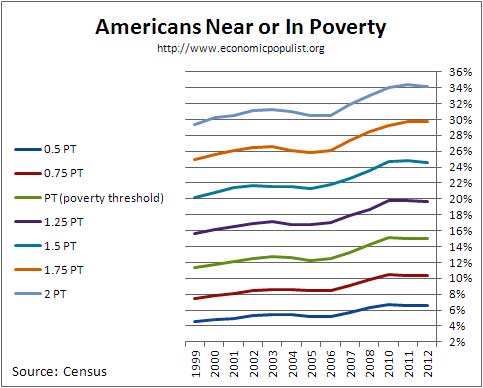 There is much more to discover within the annual Census report hat will make your hair stand on end.  There simply isn't a way to paint a pretty picture on what America has become.  The land of the destitute and desperate instead of the brave and the free.

Meet one of Mitt Romney's "takers" in the 47 percent. Jason is a 35-year-old (college educated) military combat Vet who now is unemployed and using food stamps.