The BLS released state and regional unemployment numbers today as well as information on mass layoffs.

In April, nonfarm payroll employment increased in 38 states and the District of Columbia and decreased in 12 states. 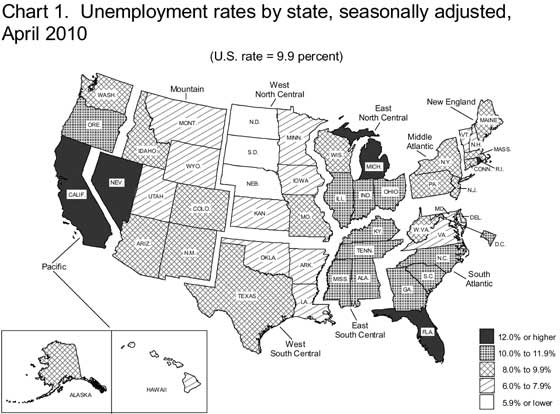 This is actually some reasonably good news for the actual number of jobs increased, which implies less people are simply falling off the rolls and not being counted. Note the different between statistically significant and minor changes, so while the tile sounds great, it's actually only 18 states instead of 34.

The January State and Regional Unemployment statistics were released today:

Here is the monthly percent change map. Remember, this data is from January 2010, it's now March. 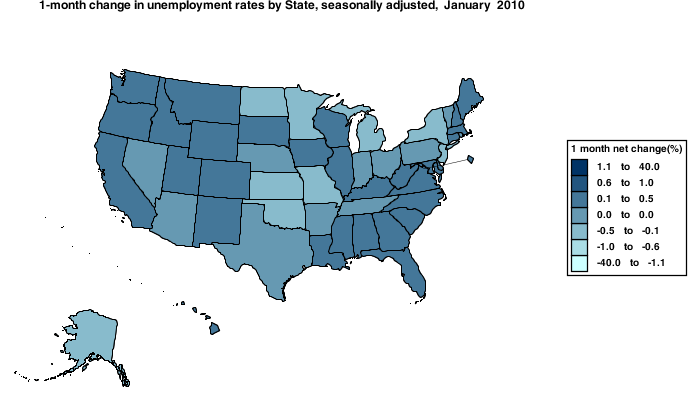 The Regional and State Unemployment rates for October were released today.

Here are the highest:

First is the unemployment rate for October in all 50 states.

Twenty-seven states and the District of Columbia reported over-the-month unemployment rate increases, 16 states registered rate decreases, and 7 states had no rate change, the U.S. Bureau of Labor Statistics reported today. Over the year, jobless rates increased in all 50 states and the District of Columbia. The national unemployment rate rose to 9.7 percent in August, up 0.3 percentage point from July and 3.5 points from August 2008. 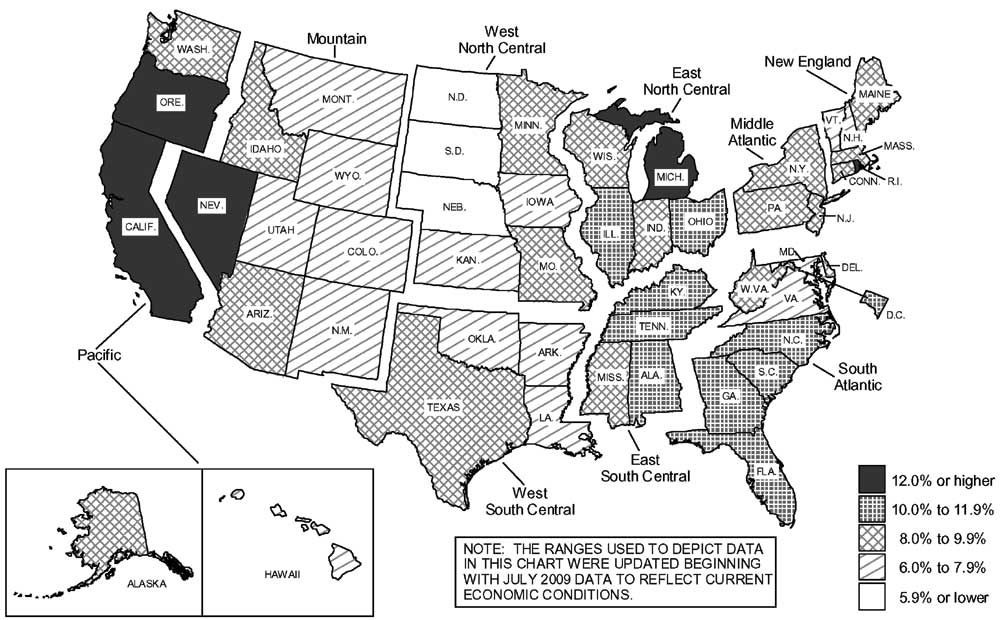