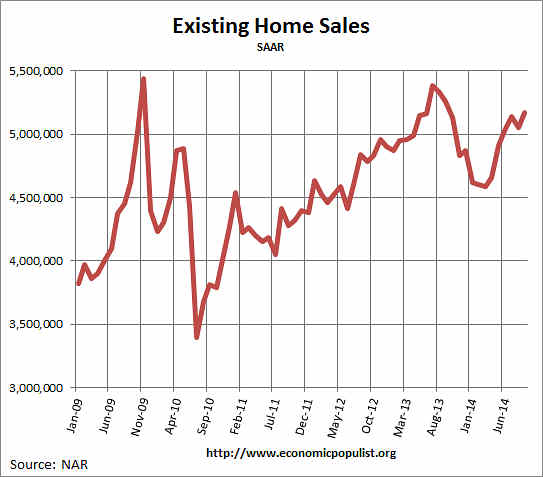 The above graph shows why existing home sales are showing declines from a year ago.  That large bubble area for 2013 is averaged against the entire previous year, whereas we see a strong downward slide in volume, yet now 2014 is nearing that 2013 high.  This is also the 31st consecutive month for annual price gains.

The national median existing home sales price, all types, is $209,700, a 5.6% increase from a year ago.  Below is a graph of the median price.  One needs to compare prices only a year ago for increases due to the monthly ups and downs in prices associated with the seasons and prices are not seasonally adjusted. 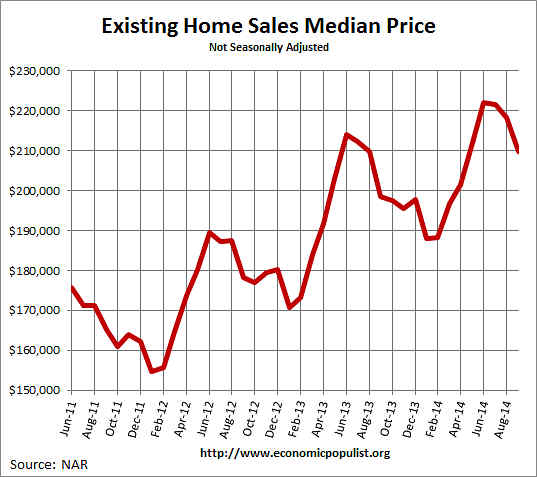 The median time for a home to be on the market was 56 days.  Short sales by themselves took 111 days.  Housing inventory from a year ago unsold inventory has increased 6.0%.  Current the 2.3 million homes available for sale are a 5.3 months supply.

Below is NAR's breakdown by existing home sales type and regions.  Once again California re-inflates their bubble.