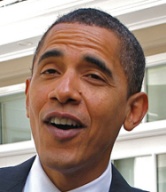 Obama clearly signaled his intentions through two recent tactical moves.  He relented on ending the Bush-era tax breaks for the top 1% of income earners.   The 3% reduction in the top rate accounts for over $1.0 trillion in lost revenues.  Prior to the 2010 midterm elections, Obama hinted that he opposed a renewal of the tax breaks.  It looked like the president might win this one with speculation that the tax breaks would likely die due to the post midterm atmosphere.

Obama also tipped his hand by backing away from his mid 2011 date to begin the withdrawal of United States forces from Afghanistan.  His Secretary of Defense and NATO officials indicated that 2014 was a more likely date.  On December 1, 2009, the president said, "… these additional American and international troops will …allow us to begin the transfer of our forces out of Afghanistan in July of 2011."

A military insider said, "You never win an endless war, but you can certainly lose one.  Premature withdrawal is a guaranteed way of assuring a clear loss."

In addition to these recent moves, the co-chairmen of the president's hand picked Commission on Fiscal Responsibility just announced a proposal for  "deep cuts" to Social Security benefits and increase payroll taxes.  The co-chairmen were appointed by the president and their recommendations were no surprise to him.  Started by President Franklin Roosevelt in 1935, Social Security has been a pillar of the Democrat Party ever since.   One analyst said, "It's no surprise that Social Security was barely mentioned in the midterm campaigns.  The Democrats knew the commission would attack the current program."

Democratic Party insiders reacted with shock and dismay.  "He's left us high and dry just two years after the biggest victory in recent history," said one.  "How could he do this?"  Another inside source was more direct, "It will be easy to change the name of the controlling interest - the Democratic Leadership Conference.  Just plug in Republican and you now have truth in advertising."

Obama had gone through a several month period of gloom and despondency starting shortly after the BP oil spill.  He felt as though he was forced to attack the hapless, accident prone oil giant in public just to appease popular sentiment.  He reportedly told a close adviser, "Don't the people realize that big business is the engine of the world economy.  The gulf will be OK, but will BP survive?"

It was all too much and the president chose to make history, once again; this time as the first president ever to switch parties while in the White House.

What Does this Mean for the United States?

The recent emergence of the once reviled former president, George W. Bush, indicates the preparations to complete the unfinished Republican agenda.  "Free" trade and outsourcing are coming back as soon as possible according to a knowledgeable source.  There will be a new campaign for more visas for science and high tech workers. The new Obama Republican administration will argue that good jobs go wanting due to a labor shortage.  We'll be told that importing foreign high tech workers and scientists will create a rising tide for domestic employment.

There will be more bailouts, specifically for the legally strapped mortgage giants who find they lack sufficient legal standing to foreclose on the homes they mortgaged.  The Department of Justice is preparing a presidential memo that will argue that the centuries of contract law are antiquated.  This will be followed by a national law that will retroactively make legal all the bad paper the banks now hold.

Rather than blush about US military actions overseas, a new Obama doctrine called Full Spectrum Dominance will be unveiled.  We'll no longer apologize for preemptive invasions and other military actions, said a senior official.  "The rest of the world can just get used to it," he said.

One Washington insider summed it all up:  "What do you expect when you elect a guy who praises Ronald Reagan and stops his campaign in early October 2008 to return to the Capitol to make sure the Wall Street bailout gets passed?  Have you been paying attention?"

This article may be reproduced in part or in full with attribution of authorship and a link to this article.

Very funny. Yeah, during the primaries it was astounding. I was trying to tell people Hillary was more Progressive than Obama by votes and policies and was rebuffed at the time. Wasn't anyone paying any attention? This guy is a globalist. He just knows how to give good speech.

I think Krugman recently defined "bi-partisan" as a choice between the "Right and far right". I wouldn't go that far, I'd say it's a compromise between the multinational corporations and what they have concluded in unison.

You are too kind!  Yes, the primaries were like a choice between two debilitating illnesses, each a little different or, maybe more like choosing a punch in the mouth versus a knee to the stomach. They both had their charming features. But we only got one. Imagine what it would be like if McCain had been (s)elected? We'd be out of the recession since McCain would certainly have taken the dean of the DC press corps,David Broder's advice on the economy - start a war with Iran and it will be all good.

It's more than just the economy that's bankrupt.  There is some virus among the elite that is destroying brain cells in the most obvious ways.

Their voting records clearly reflected that. Also both their reactions in the Lieberman vs Lamont race in CT also reflected their views.

If you wanted change, you would have voted for Kucinich in the primaries. But of course he was "unelectable" because of that very fact.

The right wing of the republican party realizes what the left wing of the democratic party does not -- namely - that politics is a playground teeter totter. If you want the power to shift to your side, you have to shift further away from the center, and not towards it!

Unbelievable, but not surprise, Harry Reid retains Senate Chair. That means no real bills that are not watered down to nothing have a prayer's chance of getting through.

You know, the Big Casino guy in Las Vegas who is such a downer, he just has to hang around a hot gambler to kill the gambler's luck. I don't know of Vegas has real "coolers", but The Money Party sure does.

I couldn't be more thrilled, she was the vote that allowed CAFTA to pass and is just a classic corporate Democrat (a good example of why they are losing power).

This year's election was a punishment of Democrats for failing to act despite two overwhelming endorsements by the people in 2006 and 2008. They failed and the response is, we won't vote for you. Bean's style of corporate Democratic politics is right in the mainstream of inaction while the people struggle.

The winner, Republican Joe Walsh is a goof ball. Look at his principles:

He obviously hasn't read the history of the American Revolution and is totally ignorant of the founders views on religion and the state (they would have been appalled at #4).

Walsh will vote the line for corporate fat cats too and he'll feel the lash next time out.

I think many, myself included, are thinking just to get the incumbent who betrayed the American people out. I'd like to know what happened with Alan Grayson's race. I think he ran a terrible campaign, with some really bad ads, but on the other hand, he fought like hell for some real financial reform. In other words, he was trying and he got booted.